The Men’s International teams of Finland, Iceland, Slovakia, Liechtenstein, the Faroe Islands, San Marino and Cape Verde will be descending on the Pinatar Arena for their training camps, and a number of matches, during the upcoming March break.

The Enrique Roca stadium in Murcia and the Pinatar Arena will host a total of five friendly matches on March 25, 26, 28 and 29  in the first edition of the Costa Cálida Nations Week.

Finland will play host, in Murcia, to Iceland on March 26 at 5:00 p.m. and later to Slovakia on March 29 at 6:00 p.m. Tickets for both matches will go on sale on Thursday and can be purchased at the website https://pinatararena.compralaentrada.com at a price of 25 euros for adults and 10 euros for those under 18 years of age. 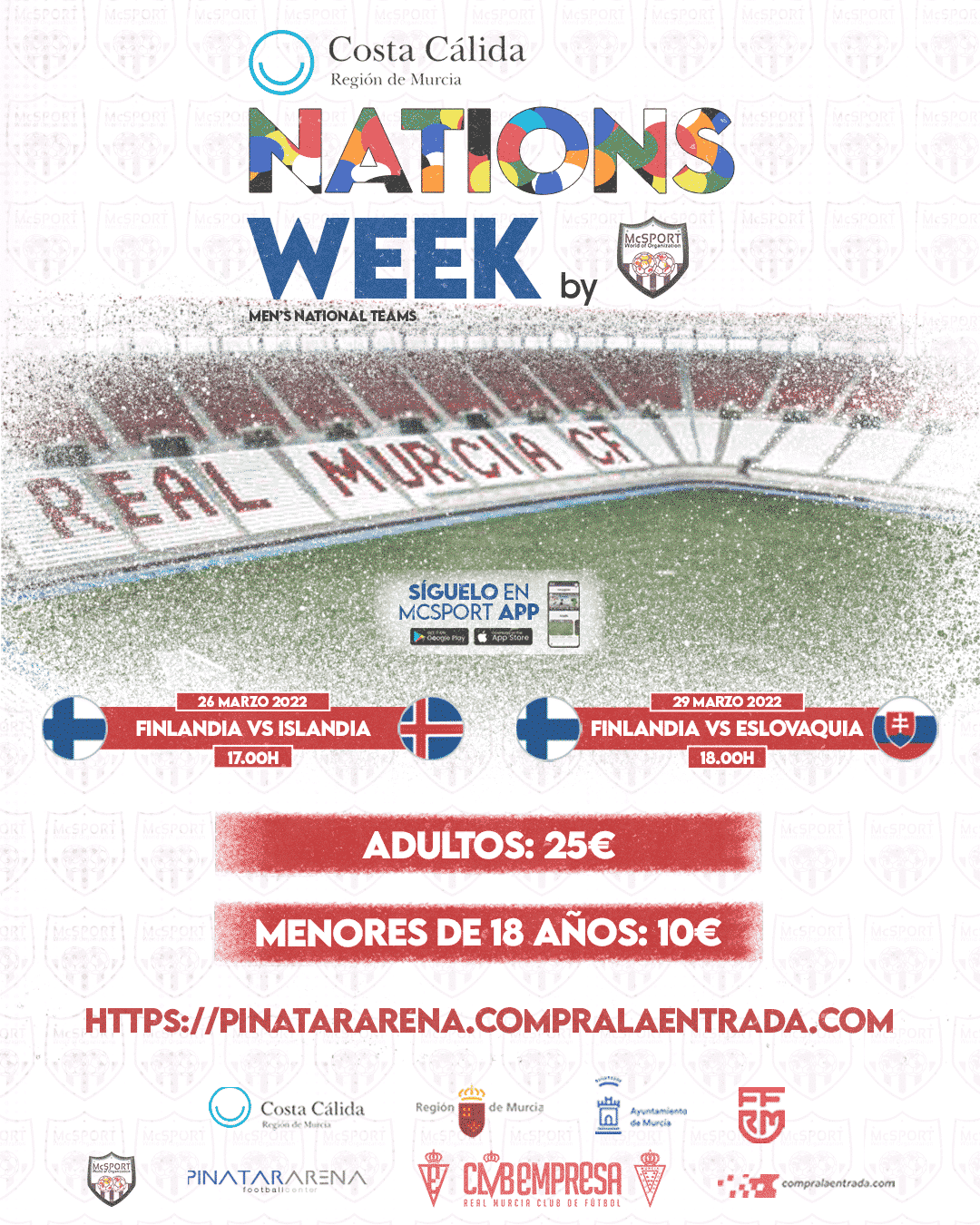 Both the Enrique Roca stadium in Murcia and the Pinatar Arena have received a visit from UEFA officials in recent weeks to give the go-ahead to the hosting of international matches at the two venues that could well serve as a test for the candidacy that Spain is preparing to joint host the 2030 World Cup together with Portugal.

The Costa Cálida Nations Week is organized by Pinatar Arena and the French agency McSport in collaboration with Real Murcia CF with the intention of creating an annual event.