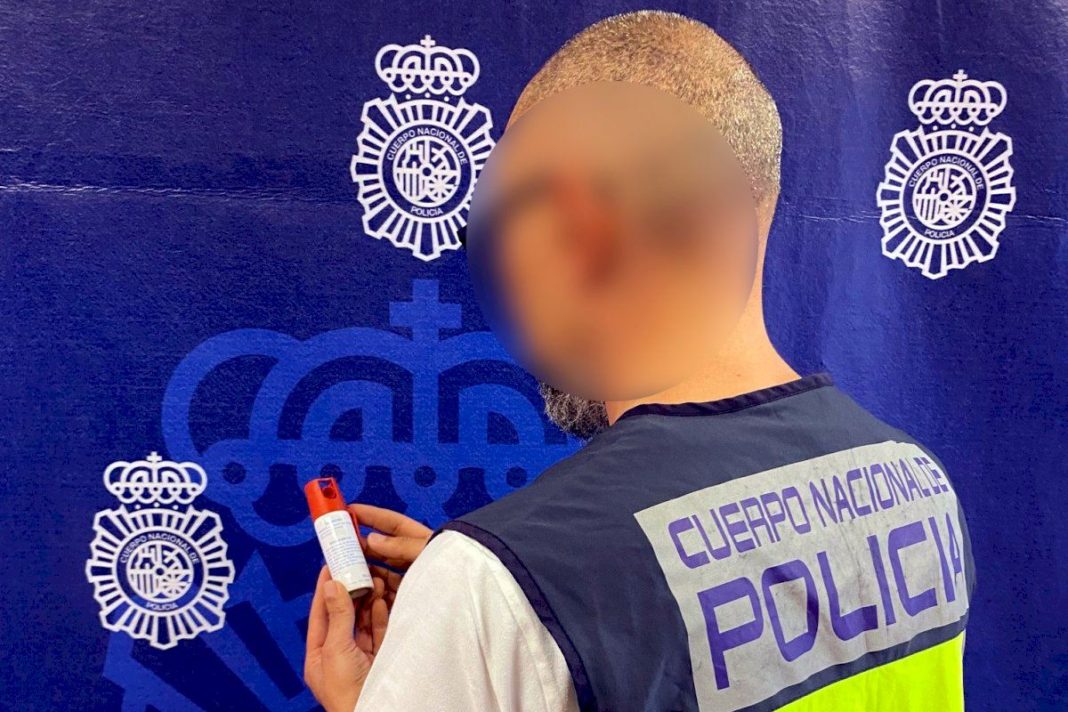 Officers from the National Police in Elche have arrested three people as alleged perpetrators of an attempted robbery with violence and intimidation, which they perpetrated in an ATM of a bank located in the Elche district of Las Berries.

The police received a call from a person who communicated that, when he was about to deposit money into his checking account through an ATM of the bank branch located in the rural area, a woman got out of a vehicle, approached him and, without saying anything, sprayed his face with a spray to try to take all his money, however, the woman was unable to take the money from the victim, so the woman left the place aboard the same vehicle where two other people were waiting for her.

He quickly reported the events to the National Police, providing certain characteristics of these people and the vehicle, so that with this information and, due to the seriousness of the events, officers from the Citizen Security Brigade of the Elche Police Station established an extensive police device, deploying through all the possible escape routes available to these people.

A few minutes later, this police device took effect, when the agents of the Response Operational Group (GOR), in a police control established for this purpose, intercepted a vehicle occupied by three people, which turned out to be the vehicle and the people wanted, being immediately arrested as alleged perpetrators of an attempted robbery with violence and intimidation.

Later, a spray can was found on one of the detainees, which turned out to be the product with which the detained woman allegedly sprayed the victim’s face. In addition to this, they also found a men’s shoulder bag with two hundred euro in cash inside divided into several bills, which the officers believed could come from some other similar event.

The three arrested, a man and a woman, of Spanish nationality and another woman of English nationality, aged between 43 and 60 years, were placed at the disposal of the Elche Court of Instruction.