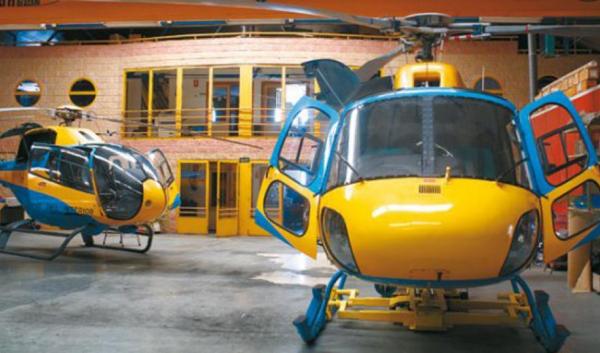 According to the official state bulletin from the Spanish government, the treasury has authorised the transfer of 10 million euro to the DGT to spend on road safety.

The money is going to be invested in updating and replacing some dated elements of road safety, as well as financing more equipment to keep a check on those who choose to break the law.

The biggest part of the money is being spent on helicopters. At the moment, the DGT has 13 helicopters, 9 of which are the Eccureil AS355 model, and 2 each of the single-engine Humibrí EC-120, and more recently, the twin-engine EC-135.

A total of 8.7 million is going to be spent on the helicopter division, which currently employs 30 pilots, 25 maintenance technicians, 11 camera operators and 9 administrative, logistics and engineering staff.

Most of the current helicopters are fitted with Pegasus monitoring equipment, which is capable of recording the speed at which a vehicle is travelling, from afar, as well as whether the occupants are wearing a seat belt, or if the driver is using a mobile phone, for example.

The helicopter fleet are amongst the most advanced in the world, and are a crucial tool in monitoring the road network.

Over 1 million is to be spent updating and repairing the current roadside radar and camera network, including purchasing new devices which can be installed anywhere on the road system, either in permanent or temporary locations.

There will also be a small amount invested on renewing the liveries of some of the vehicles, in particular the high visibility and reflective elements that make them more visible.

This investment is only a small part of the funding expected to be injected into road safety, with education also playing a big part before enforcement. However, for those who choose to ignore the warnings, the consequences are that there will now be an increased likelihood of being caught out and paying a final penalty, if not worse.