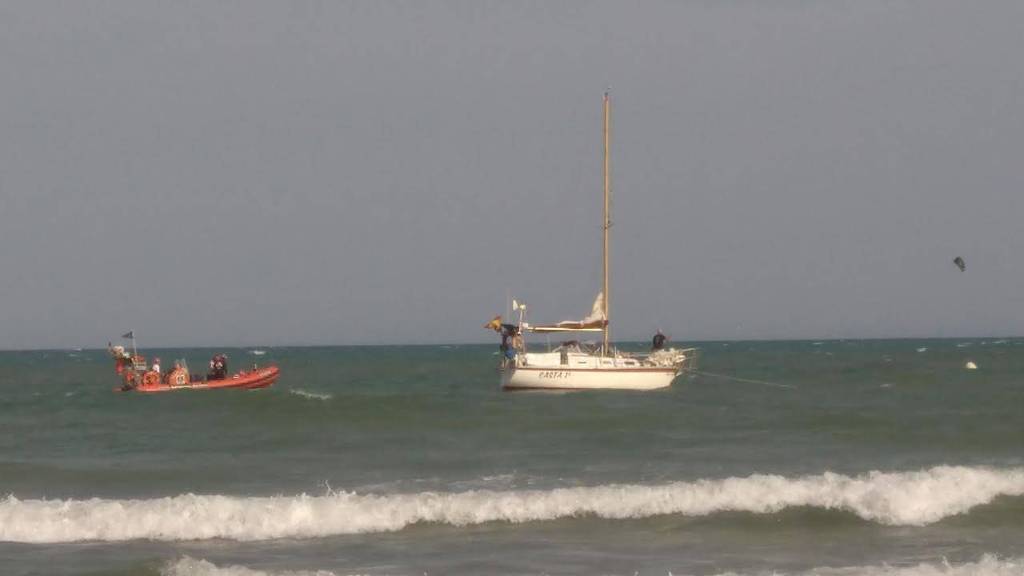 Officers from the local police, assisted by duty life guards, rescued a sailing boat which had become adrift of the coast of La Marina.

The incident occurred at around 17:00 on Wednesday when swimmers saw the six-metre long boat heading towards them, emitting the noise of attempted and failing engine starts.

The boat captain dropped anchor about 150 metres off shore, but the loose ground and strong currents meant that the boat continued to draft, now dragging the anchor.

The boat was dragged over the coastline marker buoys, witnessed by the life guards, who then alerted the police who in turn notified the 112 emergency centre and implemented the emergency protocol, dispatching a rescue speed boat from Santa Pola.

The police meanwhile set a security perimeter along the coast whilst two rescuers approached the boat to reassure the captain until the arrival of the rescue vessel. The captain then stated that he was unable to call for assistance by radio on account of the boat´s battery being flat.

Once the rescue boat arrived, and following a complex manoeuvre through the choppy waters, the disabled boat was tied to the rescue vessel which then towed it back to the port of Guardamar.