Meet the new year, same as the old year, can be attributed to not only Thader, but also legendary rock group The Who (providing ‘year’ is changed to ‘boss’ – an extract from the song ‘won’t get fooled again’).  For having lost at Santa Pola in their last Premier league match in 2022, they proceeded to record the same score line at the start of 2023. 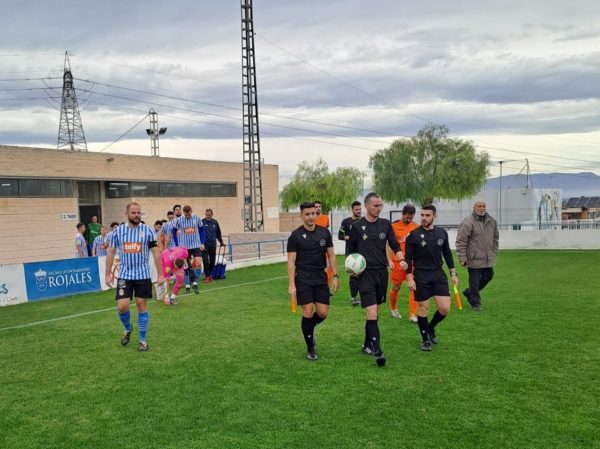 That’s where the similarity ends, for unlike the debacle at Santa Pola, Sunday’s match at Moi Gomez stadium was fairly uncontroversial.  Both manager Raul Mora and his assistant, along with defender Rosquin, were serving a suspension, a legacy from that infamous old year match.  At start of play, Thader were in 11th place on 20 points, whilst visitors Villena were 5 points behind.

When Thader central defender Miguel headed the ball against the bar on 12 minutes, it was the first attempt on goal by either team.  Making a rare start, home striker Calderon thought he’d scored on 22 mins, but alas he was penalised for being clearly offside.  Fran rose majestically to execute a powerful header from a corner on 28 mins, but his effort was frantically cleared off the line.

When Javi was uncerimoniously hauled down inside Villena’s penalty area on 32 mins, it looked a nailed on penalty, the only problem being that ref Bottela was unimpressed.  Villena’s first serious effort arrived on 38 mins, resulting in Javi making a vital interception to prevent the visitors taking the lead. 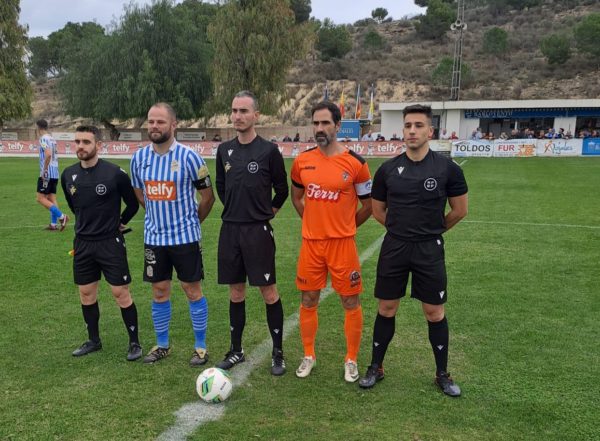 Chema produced an important point blank save on 48 mins, the first time Thader’s keeper had been forced into action.  Pedro Juan was so unlucky on 55 mins, for his thunderbolt struck the underside of the bar, before bouncing to safety, denying Thader’s striker a deserved goal.  Straight up the other end, and it was so very nearly a goal for the visitors, had Marcos not shot the wrong side of the post.

A calamitous slip by Chema on 63 mins, allowed Vendrell the simple task of a tap in to put the visitors in front.  Thader’s keeper lost his footing at a vital time, just when a low cross to the far post needed to be prevented from reaching its target.  Sub Quino had a great opportunity to equalise on 72 mins, but he shot wide from an acute angle, when he really should have done better.

Although they huffed and puffed, the hosts could not puncture Villena’s rear-guard.  Into stoppage time, only an incredible goal line save by Chema, prevented his team from further humiliation.

Thader now embark on a run of 3 matches away from home.  First up is a trip to Elche next weekend, when Carrus Ilicitana will be the hosts.  Visit CD Thader facebook page for further information.