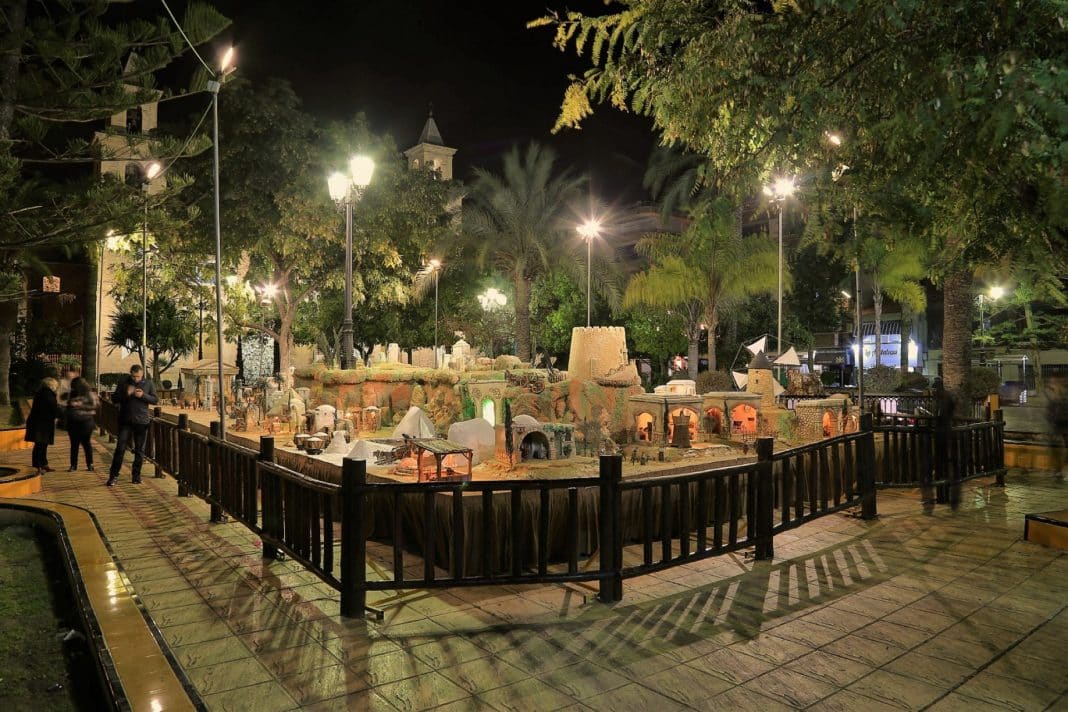 Merry Christmas…..or is it! Bah Humbug is a phrase that might be more in keeping for many, but regardless of your personal feelings, it’s almost here. One of the most anticipated months of the year has arrived and, with it, a large dose of Christmas spirit. And it’s not just lights and turkey’s that are making their appearance, but gatherings between families and friends are starting to take centre stage.

Until now I haven’t been feeling very much Christmas cheer at all, but with the switch on of the Christmas lights across the region, and as we begin to seek out those Maria Carey, Bing Crosby and Slade cd’s, at least it’s now finally dawning on many that the big day is actually less than 3 weeks away.

Way up north in Valencia, despite the inflated price that we are all now paying for energy, there is little evidence of the council tightening it’s belt as the city will be laying out very nearly €400,000 to light up the town hall and surrounds over the holiday period.

Thankfully it will be a little cheaper in Torrevieja, but not a lot, where the town burst into light ten days ago, as the Christmas illuminations were switched on in the Plaza de la Constitución. The Ayuntamiento has said they will make savings by switching the lights off at 2am in line with energy-saving regulations, instead of the 6pm-7am schedule of previous years.

A trip into Torrevieja is certainly worthwhile. The lights are most impressive, particularly in front of the Inmaculado Concepcion church on Ramon Galud, the location once again, also, of the town’s wonderful crib scene.

Nevertheless, the council is increasingly being criticised for wasting public money, with many citing the concerts held in the town over summer, at a huge cost to the public purse, but without seeing any return.

The eagerly awaited Elche lights went on last Thursday, accompanied by the use of two foam cannons to create a snow effect. Unfortunately, much of the snow fell on top of dozens of umbrellas which were brought into use by the spectators because of the heavy rain.

Nevertheless, it was still one of the most anticipated nights of the year and one that filled the children with enthusiasm and joy, and on this occasion, if possible, it will be enjoyed more than ever after leaving behind the restrictions of the pandemic.

The Crevillente lights also went on last Friday, although the town hall has announced that it will make a daily saving of 20 per cents on electricity bills per illumination, by switching off earlier at night. I’m sure the residents of that town will feel much more cheer as a result.

In Orihuela Costa the traditional Christmas lighting took place last Thursday while on Friday, it was the turn of the urban area.

The Thursday evening ‘switch on’ was a near wash out with the event moved inside the Orihuela Costa Town Hall with perhaps 40 or 50 people in attendance. There was a short performance of Christmas songs by the Ginés Pérez de la Parra Voice Choir and a dance show by from the Municipal Sports School.

Speeches by the councillor for festivities, Antonio Sánchez, and the Deputy mayor Jose Aix were followed by the lighting up ceremony, watched by the majority of people from inside the building.

There was a much grander affair the following evening with the ‘switch on’ in Orihuela City, an occasion that was attended by the mayor, in la calle San Pascual. Once again, the Ginés Pérez de la Parra Voice Choir performed a number of songs, on this occasion joined by the Municipal Conservatory band and the Ana Belén Navarro dance school, who performed the adapted Christmas Carol “El Grinch”.

As is traditional in Orihuela, the winning work of the Christmas Story contest “Olivia’s Star” was read, by the winner, Doha El khayati Touakih.

But not all municipalities have switched on their lights. San Fulgencio will be doing so on Wednesday evening at 6.30 pm in the town square and at 7.30 pm on Saturday evening outside the urb town hall in La Marina.

But despite the enjoyment that the lights and the municipal crib scenes will bring, there are many who say that with Europe facing its worst energy crisis in decades and the country taking extraordinary steps to secure supplies for the winter, amid fears of fuel shortages and near-record electricity and natural gas prices hitting us all, the celebrations should have been reined in. However it seems that few local politicians are taking any heed. 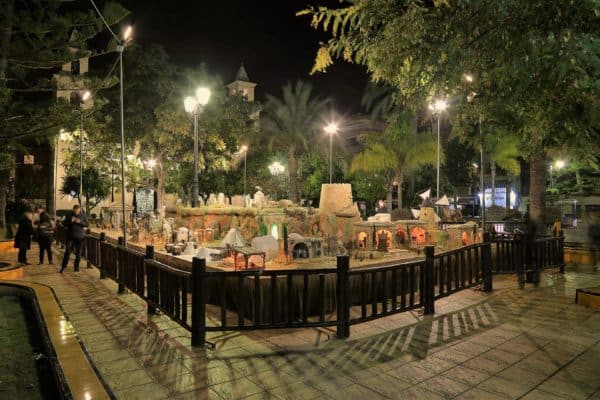 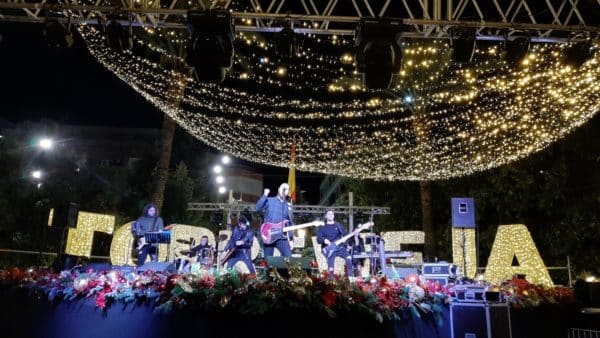