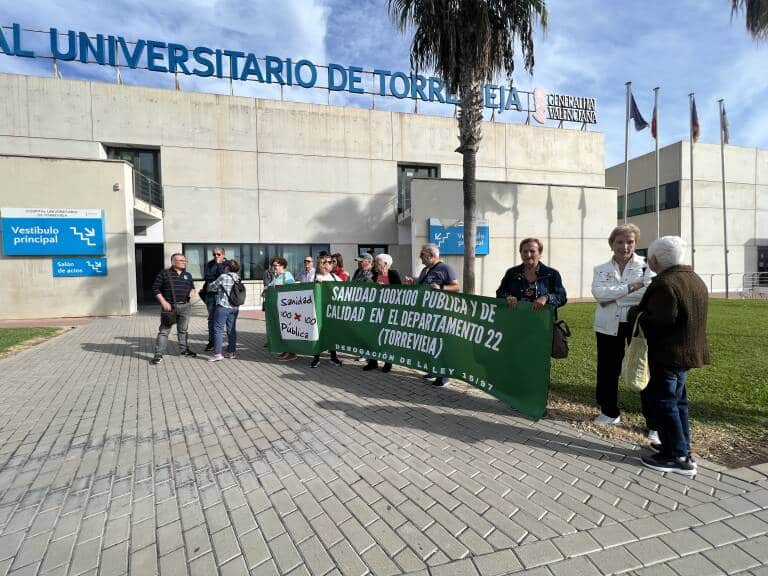 A group representing patients at Torrevieja Hospital, Plataforma por la Sanidad 100×100 Pública y de Calidad del Hospital de Torrevieja, this week published the results of a survey they have conducted looking at the public opinion of the medical facility since the hospital reverted to public management little over a year ago.

The group has produced a report in which they have surveyed users of the department and which reflects that, out of ten points, the “overall satisfaction is between four and five,” said Manuel Gómez, representative of the platform.

The best scored services are the specialties, and the external consultations. At the other extreme, the worst performers, according to those who use the service, is the Emergency Department (ER), which has been suffering from complaints from doctors, unions and users for months due to the long delays in waiting times.

The Platform, based on this study, has presented a battery of 12 proposals to improve the management and quality of care in the department. Among the points is to incorporate a greater number of beds, to equate them to the numbers of other hospitals and to the Health recommendations themselves, an increase in the workforce to reduce the ratios or a program to improve the care of chronic patients who, due to the pressure assistance and the collapse of other services such as Primary Care, end up in the ER, also weighing down the service times of this service.

The Platform says that they have presented this report to the management of the hospital centre and to the Department of Health. They point out that the means they count are much lower than what is established for the population data of the department. Not just given the official figures, but they point out that there are many residents from other countries and communities without a census, and that this causes the service to collapse even more.