On Friday 21st October 90 members and their guests, of the RNA Torrevieja Branch (RNATB) once again celebrated Trafalgar Night at the Masa International Hotel, Torrevieja.

Trafalgar Day is the celebration of the victory won by the Royal Navy, commanded by Vice Admiral Horatio Nelson, over the combined French and Spanish fleets at the Battle of Trafalgar on 21 October 1805,

Fortunately the relationship between these countries has improved since then! 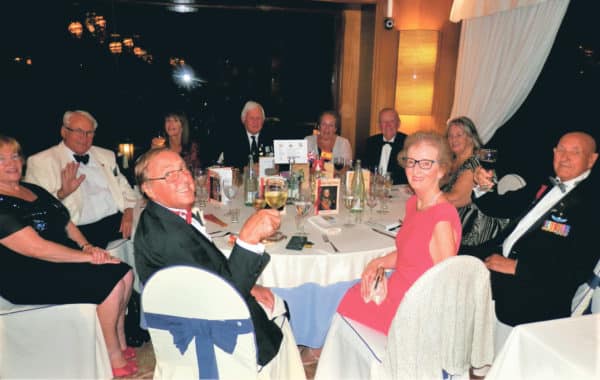 Guests of honour were;

Thanks must go to the excellent service provided by the MASA Hotel Events Director Javier Perez Garcia and his staff.

As part of the excitement and ritual of the evening those assembled were privileged to have Eduardo Dolón Sanchez toast his majesty King Felipe VI of Spain, Lt Cdr Edward Dunn toast his majesty King Charles III of England and Lt Cdr Edward Dunn followed with his well versed and entertaining abridged life and career of Nelson, with the toast to the Immortal Memory of Lord Horatio Nelson.

Much dancing and merriment followed the meal, toasts, and traditional raffle and the ex Royal Naval personnel and civilian members of the RNATB and guest are already looking forward to repeating the event next year.

If you wish to know more about the RNATB, they meet us on the first Wednesday of each month at 1700hrs at CHE LOCO Restaurant, El Chaparral Urbanization, Calle Fray Angélico 11, 03184, Torrevieja.

Alicante-Elche and Murcia airports first day of strikes on...

A football player has been given a one-year jail...

Quote: 'Some flights may be to Spain, Portugal, Canary...