To get started, let’s look at some teams’ best seasons in general. Some of the greatest seasons are the 1978 Pittsburgh Steelers, 1966 Green Bay Packers, 1989 San Francisco 49ers, and the 2018 New England Patriots. These teams have the most wins and most playoff appearances of any team in the NFL’s history.

Whether you’re a casual fan or the king of Sunday night football predictions, it’s important to have a good knowledge of the NFL’s history. After all, the game today is only as good as it is because of the players, coaches, and teams that came before. With that in mind, let’s take a look at the greatest NFL teams of all time.

The 1978 Pittsburgh Steelers are often considered one of the greatest teams in NFL history. This unstoppable squad boasted a roster full of talented and experienced players, including stars like defensive end “Mean” Joe Greene, quarterback Terry Bradshaw, safety Mel Blount, and many more. They made quick work of their competition, winning Super Bowl XIII and Super Bowl XIV with relative ease and cementing their legacy as one of the greatest NFL dynasties ever.

Through their combination of skill and experience, the 1978 Steelers showed just how formidable an NFL team could be. Despite facing immense pressure from both fans and critics alike, they were able to rise to the occasion each time they took the field, playing with skill, intelligence, and drive that allowed them to dominate their opponents every step of the way.

Indeed, this legendary team’s influence on football is still felt today, inspiring countless players and fans alike to push themselves to achieve greatness. Whether you’re a lifelong Steeler fan or simply someone who appreciates the importance of teamwork in sports, there’s no doubt that the 1978 Steelers are one of the greatest teams in NFL history.

The 1989 San Francisco 49ers were one of the greatest teams in NFL history. This dominant squad was led by legendary coach Bill Walsh and quarterback Joe Montana, who spearheaded one of the most prolific offenses in league history. The Niners’ imposing offense made them difficult to beat, especially when they were in sync.

They posted an incredible 15-2 record during the regular season and went on a rampage through the playoffs, blowing teams out left and right. Ultimately, they toppled their rivals, the Denver Broncos, in a dramatic victory that remains a key moment in 49er lore. 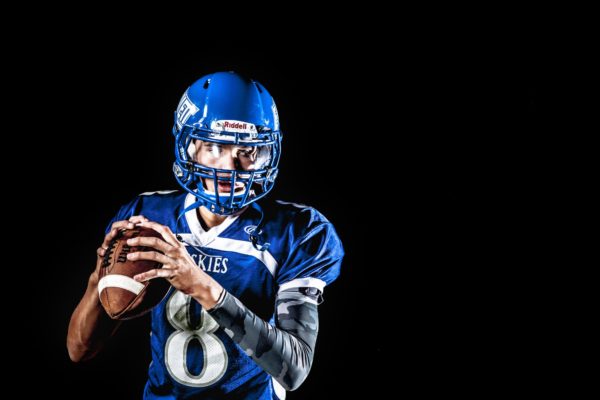 While the success of this team is undeniable, it was not simply due to strong talent or coaching – it was also thanks to an incredible sense of teamwork. Every player on this squad did his part to push the team forward, from veterans like Ronnie Lott and Keena Turner to newcomers like Jerry Rice and Roger Craig.

Throughout their journey to Super Bowl glory, each member of this iconic squad put aside his individual goals for the good of the team. And because of their selflessness and hard work, these legendary players are still remembered today as one of the greatest teams ever seen on the gridiron.

The 1966 Green Bay Packers were one of the greatest teams in NFL history. Throughout the course of the season, this talented group of athletes played with passion and determination, resulting in a series of impressive wins and an eventual Super Bowl victory. Their nickname, “The Pack,” perfectly captured their spirit, showcasing the incredible unity and cohesion that drove them forward throughout the season.

The core of this team was its young quarterback, Bart Starr, who led the league in completions and put together some truly jaw-dropping performances. At just 26 years old, Starr proved to be a powerhouse player who could singlehandedly drive his team to victory. However, he also had plenty of support from his fellow players on offense.

Receiver Boyd Dowler was unstoppable on deep passes, while fullback Jim Taylor shredded defenses on powerful rushing plays. Even kicker Don Chandler was dangerous – he racked up more points than any other player that year despite not getting as much attention as some other stars on the team.

In short, the 1966 Green Bay Packers were truly one for the ages. Their success didn’t stop with their win at Super Bowl I either; they continued to dominate over their next few seasons and cemented their legacy as one of the greatest NFL teams ever. And they certainly showed no signs of slowing down – even after many decades have passed since their glory days ended, they continue to be remembered as one of the proudest moments in sports history.

The 1985 Chicago Bears are widely considered to be one of the greatest NFL teams of all time. This team was led by legendary coach Mike Ditka, who helped to create a potent offense that scored seemingly at will. The Bears’ offense was bolstered by the strong play of Hall-of-Fame quarterback Jim McMahon, as well as aerial threats like Willie Gault and Dennis McKinnon.

On the ground, the Bears dominated thanks to running back Walter Payton, who set an all-time rushing record during his time on this team. Meanwhile, the defense was just as formidable and featured stellar players like safety Dave Duerson and linebacker Wilber Marshall. In total, this talented team captured the imagination of fans around the world and emerged as one of the strongest contenders in the history of the NFL.

Simply put, the 1985 Chicago Bears were an unstoppable force that is still celebrated today as one of football’s greatest dynasties.

The 1972 Miami Dolphins are considered to be one of the greatest teams in NFL history. With a record of 17-0, they managed to achieve a perfect season and claim the top spot in both the AFC East Division as well as the league as a whole.

Their achievements that year were made even more impressive by the fact that they faced some extremely tough opponents, including powerhouse teams like the Oakland Raiders and Washington Redskins. Despite these obstacles, the Dolphins remained focused and played each game with skill and confidence, which ultimately led them to victory.

Now decades later, the legacy of this legendary team lives on. Even today, fans still boast about their accomplishments and recount the many thrilling games that they won against formidable opponents. It is clear that these players truly deserve to be recognized for their extraordinary achievements in football, making them one of the greatest teams of all time. Whether you are a longtime fan or just looking to learn more about this incredible team’s unique story, it is hard to deny their impressive legacy in sports history.

There is no doubt that the NFL has seen some truly great teams over the years. From the powerhouse 1966 Green Bay Packers to the legendary 1972 Miami Dolphins, these squads have forever left their mark on the history of football. In a league filled with so much competition, it takes a special group of players to rise to the top and claim the title of NFL champion. However, even among these great teams, there are always a few that manage to stand out above the rest.