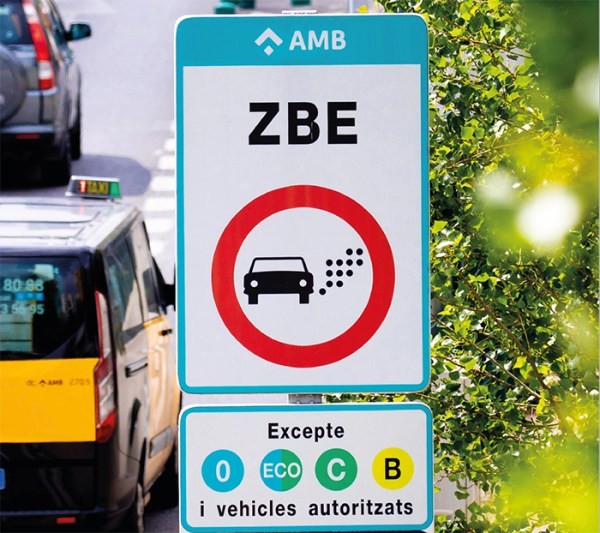 Throughout this year, we have mentioned Low Emission Zones or Zonas de Bajas Emisiones (ZBE). They are already present in some larger cities such as Madrid and Barcelona, but the law was approved in 2021 that dictates that all Spanish towns and cities with more than 50,000 inhabitants must introduce ZBE zones before the end of this year, as reflected in the Law on Climate Change and Energy Transition.

In the province of Alicante, Alcoy, Alicante, Benidorm, Elche, Elda, Orihuela, San Vicente del Raspeig, and Torrevieja, are all legally obliged to create ZBEs before the end of this year, and whereas some have started the process, others haven´t even began, with just 2 months to go before implementation.

The objective of these ZBE? To restrict and limit the circulation of vehicles to reduce the polluting footprint in cities. The local council of each city will have the power to adjust its own ZBE to its needs and tastes, although the latest Traffic Law allows a common penalty (200 euro) for all those who fail to comply with the conditions of access and circulation.

In addition, the Ministry for the Ecological Transition and Demographic Challenge published in the BOE a document of “public information period” in which they were already beginning to talk about a national regulation of these ZBE in Spain. And it is this document that should be of most concern to vehicles with label C (and B).

Vehicles are categorised in Spain by the DGT based on their year of registration. The most polluting vehicles, those in category A, do not have the right to a label. On the other side of the coin are the vehicles with the Zero label, the blue one, which do not have any type of restriction in the case of Low Emission Zones and in the case of anti-pollution protocols in cities.

In an intermediate place is the label C, coloured green. This category includes passenger cars and light vans with a petrol engine registered after January 2006, as well as diesel vehicles registered since September 2015. They are purely combustion vehicles, placed one step above those with the B label.

In the already existing ZBEs of Madrid and Barcelona, ​​for example, they have a different treatment, although in the Spanish capital these ZBE areas have been operating for longer. In the Central District of Madrid, vehicles with a C label can only access if they are going to park in a public car park. On the other hand, in the District of Plaza Elíptica and in the ZBE of Barcelona they do not have any type of limitation… at the moment.

In the same way, the new ZBEs that affect the other 147 affected cities in Spain will not target vehicles with a C (or B) label in the short term, but rather those without the right to a label, the most polluting. However, the Government document to impose a single framework on ZBEs stated the following: ZBEs “will primarily affect vehicles with the most polluting potential, such as vehicles A, and, progressively, vehicles B and C”.

As you can see, vehicles with a C label are already in the spotlight, although it is to be hoped that, at the very least, nothing will happen to them in next few years. First, however, vehicles labelled B should be affected.