SC Torrevieja hammered local rivals Racing San Miguel 5-0 in the Valencia 1st Regional Group 8 on Sunday to move into sixth spot in the table, with Racing near the basement on three points.

Ramiro, Luis Carlos, and Enrique were amongst the goalscorers, with the latter beating two defenders to net at the far post following an assist from Hucha.

In the 2nd Regional Group 16 Atletico Benejuzar A and Sporting Saladar shared the points in a 3-3 thriller, with Sporting in second slot behind leaders Guardamar Soccer CD. 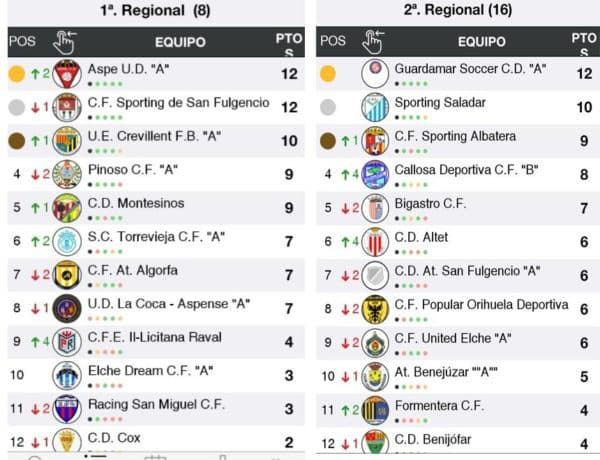