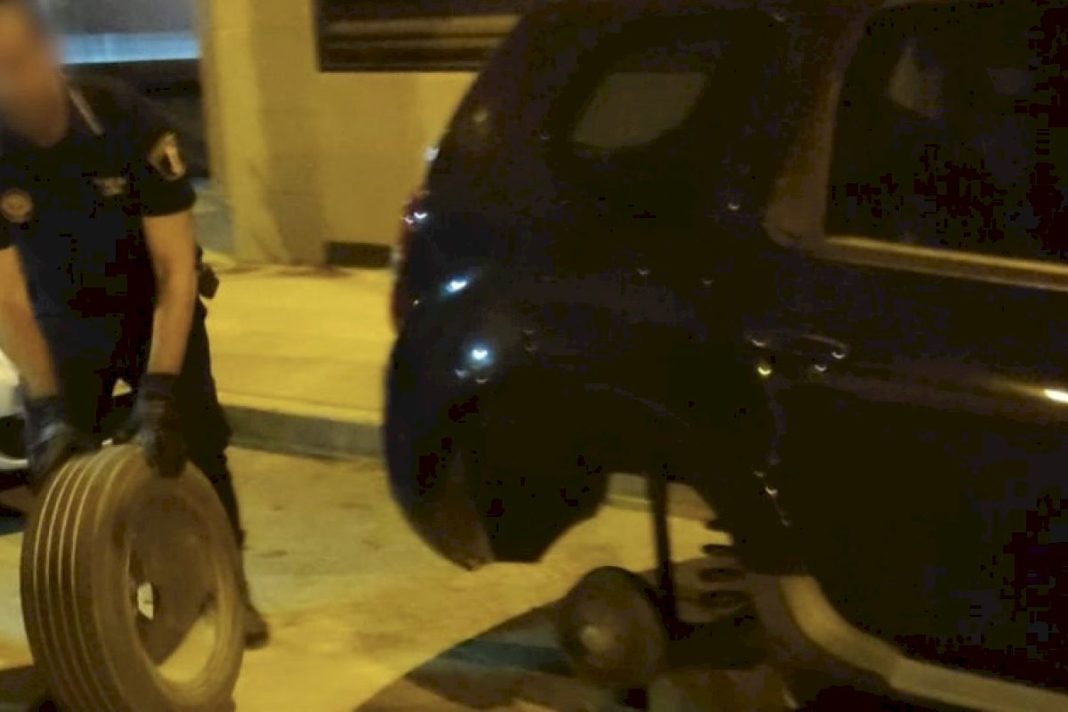 The Local Police in Elche arrested a 38-year-old man, a resident of Torrevieja, in the Altabix area, for allegedly trying to steal the tyres and rims of a vehicle parked on calle Celia Lozano.

A member of the public reported the man to the police control room and so a patrol was immediately sent to the scene. When the officers arrived, they noticed the presence of the man next to the front wheel of the car. Seemingly noticing the police, the suspect got up and began to walk in the opposite direction while disposing of an object next to a palm tree.

When asked by the officers what he was doing, the man said that he was just walking and picking up cigarette butts, although they were able to verify that the item he had discarded was a pipe wrench.

After a quick inspection of the car, the officers noted obvious disassembly of its rear wheels, having already removed one of them and preparing the rest for the disassembly of the hub, after supporting the underside of the car on some concrete blocks, with the help of a hydraulic jack.

Given the evidence of the facts, the man acknowledged the attempt to steal the tyres and rims for their subsequent sale to an acquaintance for a price lower than the market price, which could reach 600 euro.

After contacting the owner, who claimed to have left his vehicle properly parked and in perfect condition, he was informed of what had happened, his wheels being returned to him.

Finally, the man was arrested and transferred to police facilities.