Murcia great grandmother Joan Richmond-Woodhouse, 91, looked back on her schooldays and reminisced about being a child during World War 2.

“I was in Barrow during the second World War – it got blitzed – and children were killed,” said Joan.

VSEL shipyard was the main target for bombing, alongside Barrow’s steelworks which were formerly the largest in the world.

Many Barrovians believe the first sign of German interest of the town was in May 1936, when the zeppelin LZ-129 Hindenburg flew very low and slowly over Barrow, which locals and government officials alike believed was spying on the shipyard. Although it claimed to be simply carrying passengers on a luxury trip. The town, with a population of around 75,000 in 1941, was targeted by the Luftwaffe, mainly for its shipbuilding industry, one of the most sophisticated in the world and built many submarines and ships for the Royal Navy.

Barrow’s main war memorial is a cenotaph located in Barrow Park, bearing the names of hundreds of Barrovians who died in combat during various wars, including 616 in the First World War, 268 in the Second World War, and 6 in the Korean War. The Dock Museum in Hindpool contains an exhibit about the Barrow Blitz.

Mother of six sons Joan, who was born in Oswaldtwistle, Lancashire, said: “During my youth we had bombs dropping on us. To have had lockdowns during the coronovirus pandemic was crazy.”

Joan, who emigrated to Spain two decades ago with her late husband, who is courting Benijofar based David Winder, 85, said: “Times have changed – today we are living in the ‘snow flake’ generation. Some don’t know how lucky they are.” 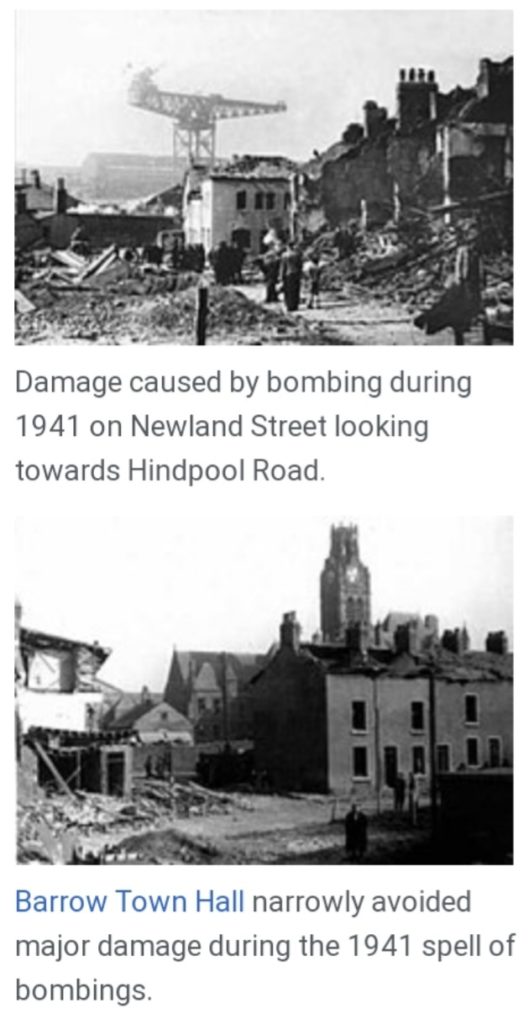 Joan added: “I loved my childhood years, fond memories of yesteryear, even during the War years.

“Myself and my brother used to have to get under the bed – when the bombs hit. We had to be brave.

“We had to wear gas masks – whereas today it’s a case of Covid masks.”

Joan, who hit the headlines, due to her youthful looks, set to film with Nivea, a cream she has used for over seven decades, reflected back on her school days.

“At school I was keen on sewing, and made dresses at the age of 11. I was pretty clever,” quipped Joan.

Joan, based in Costa Calida, added: “I also looked forward to school meals. 80 years on, from being aged 11 at school, I have kept myself fit and enjoying life in Spain.”