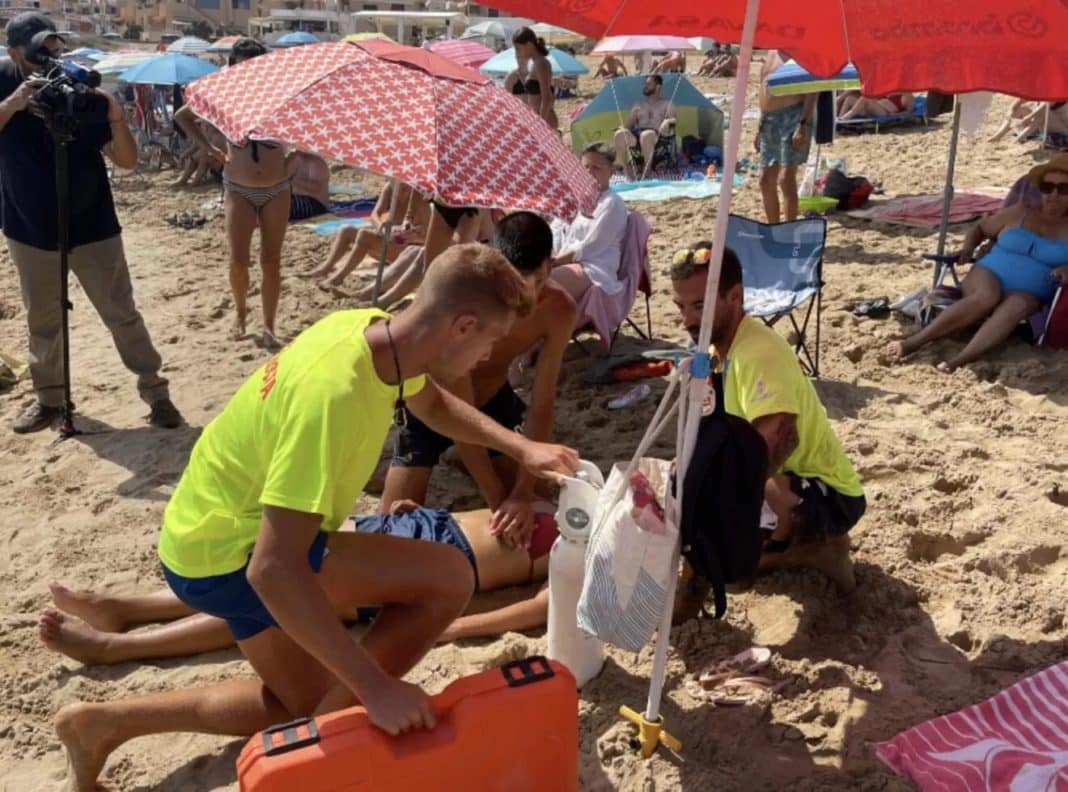 Despite the fact that they often have their hands full dealing with real emergencies throughout the summer, beach rescue services always participate in simulations to ensure that they are prepared to offer the best level of service when things go wrong, and La Mata beach in Torrevieja hosted one such event this week.

The Councillor for Beaches of the City Council of Torrevieja, Antonio Vidal, together with the Lifeguard Coordinator of the beaches of Torrevieja, Miguel Guillén, attended the drill to find out the level and execution of the same. According to Vidal, La Mata Beach has been chosen because of the type of place, since due to its characteristics it is prone to this type of situation, in addition to being recreated in high season to make it as real as possible.

The drill has been very satisfactory, according to the coordinator, since it has been carried out in a time of 24 minutes, qualifying as remarkable the performance, execution and coordination of the personnel responsible for the rescue.

The rescue of a person has been recreated, which simulated a cardiac arrest, and the material that has been required is a first aid kit, rescue material, oxygen and AED.

The characteristics of aquatic distress have occurred 200 metres from the shore. Then, the person in charge of the post has informed his colleagues of the situation with the rescue equipment, two lifeguards have swum to the area where the victim was located and a jet ski with a lifeguard brought them towards the shore. Once on the shore, the resuscitation tasks have begun with the DESA material and oxygen.

When they have managed to revive the victim, the rescuers, together with the team of health technicians who have arrived in an ambulance, have transferred the victim on a stretcher to the paramedic vehicle to assist the person and take them to the hospital as quickly as possible.

The total time of the drill until arrival at the hospital has been in an approximate time of less than 30 minutes.