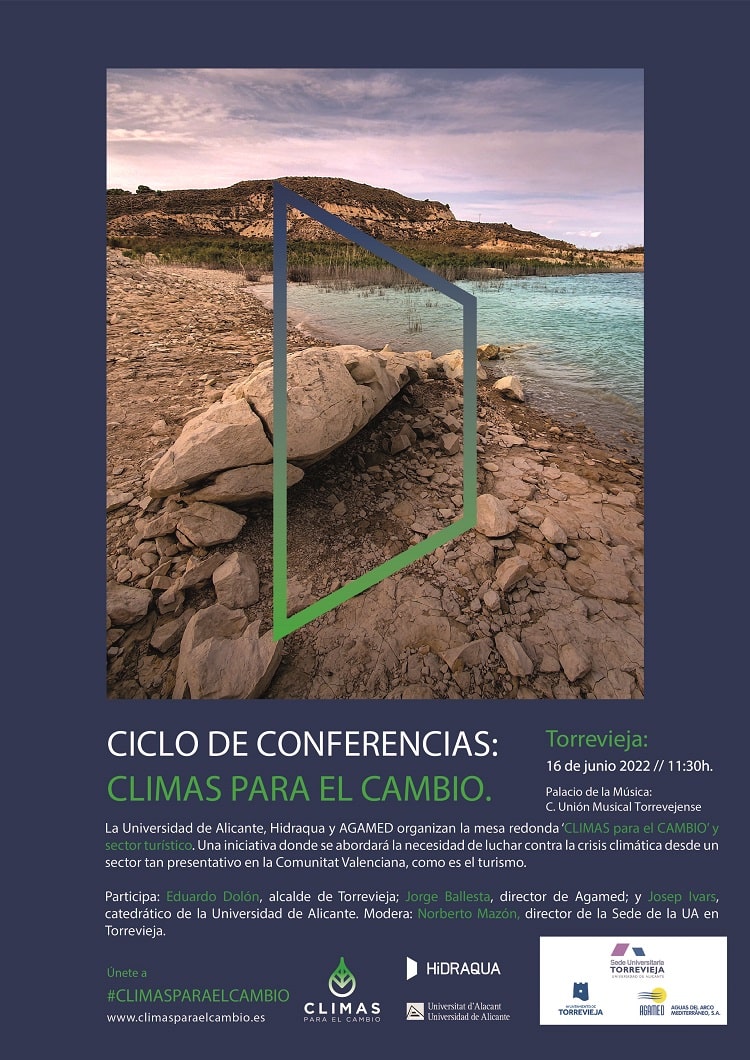 The water supply companies Agamed and Hidraqua, in conjunction with the University of Alicante and Torrevieja town hall, organised a round table event at the Palacio de la Música in the town on Thursday, to address the steps that are being taken and what measures to adopt in the fight against the climate crisis.

Specifically, the session focused on how the tourism sector, so important in Torrevieja and for the entire Community, can work in the fight against the climate crisis and its effects in this region.

The initiative is included within the annual agreement that Hidraqua maintains with the University of Alicante in order to promote joint academic and cultural activities in those municipalities where the company and its affiliated companies, such as Agamed, operate. Each of these meetings will be focused on a specific sector and will feature experts in the field from the University of Alicante, Hidraqua and the Council where each day is organised.

The talk held in Torrevieja is the first in a series that will tour other venues such as Orihuela, Elda, Alicante or Petrer. Thus, each of these meetings will be able to focus on one of the most representative sectors of the Community, always with an eye on the fight against the climate crisis; and will conclude in January 2023 in the city of Alicante.