The LeaderPutting YOU at the Heart of the Community
Sign in / Join
Subscribe
Home Sport Rugby Torrevieja will host the first International Rugby Tournament “Touch N’ Tapas” on... 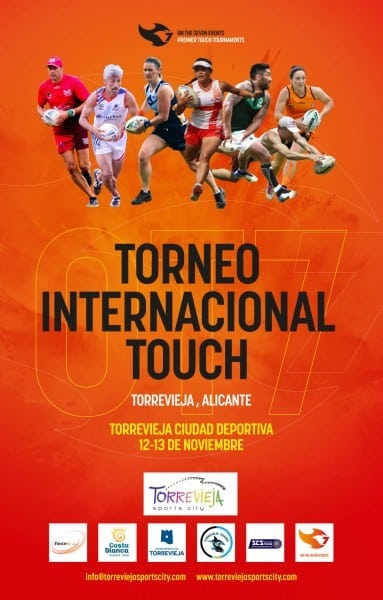 The Councilor for Sports of Torrevieja Council, Diana Box, informs about the celebration this coming Friday, March 18 and Saturday, March 19, of the International Rugby Tournament “Touch N’ Tapas”. This is the first international championship of this modality, which will take place at the Nelson Mandela Rugby Stadium in Torrevieja from 09:00 to 18:00.

44 games will be played with teams from 8 nationalities (Spain, Belgium, England, Chile, the United States, the United Kingdom, the Netherlands and France). More than 200 players from the three categories (men, women and mixed) will meet in Torrevieja. Admission is free, and the tournament can be followed through the live broadcast on YouTube https://www.youtube.com/channel/UC1-ujq6JZGf7yNg8BpSKlYA .

This international tournament is organised by the Torrevieja Sharks Rugby Club and the promoter “ON THE SEVEN EVENTS” in collaboration with the Department of Sports of the Torrevieja City Council and “Sports Camps Spain”.