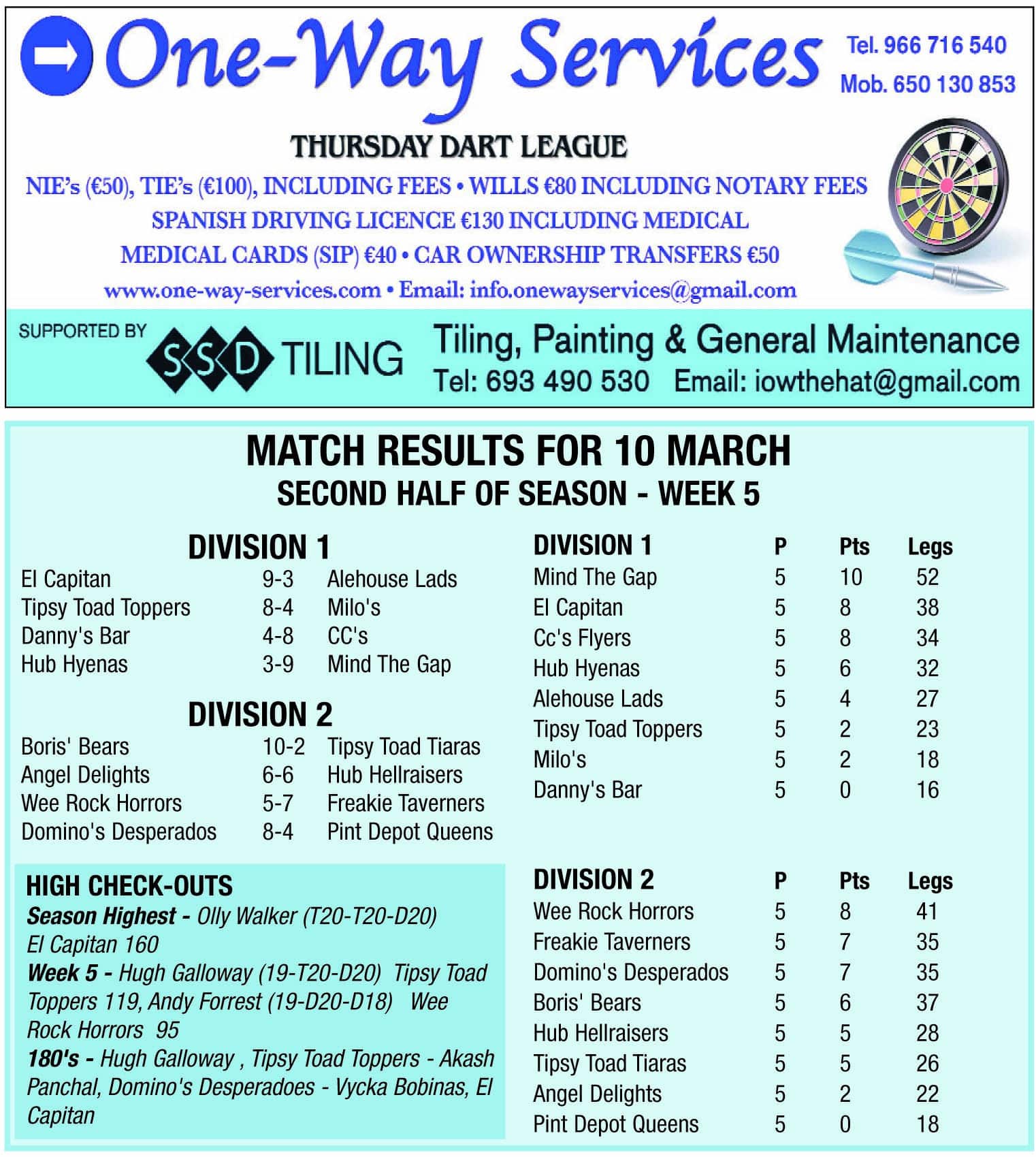 The Lads found it tough going against a strong Caps side, their sole win in the 1st half via Andre Wing and Dario Sierra 140, D20. Caps 5 wins courtesy of Andres Liamazares on D1, D16, Ed and Arold Klimonis and Chris Logan.

Wing overcame Logan 2-1 for 5-2, Nigel Justice guaranteeing the draw with a 2 zip over Sierra. Graham White added a 3rd victory for Lads 2-1, Aroldas K. the victim. The remaining legs went the hosts way, Edmundas K, Vycka Bobinas 2×100, and Liama 4×100, all 2 zip. Bobinas recorded a maximum earning MOTM as did White.

The Alcocers, Fabian and Alejandro replying with 2 outs and tons to match.

Rutter 2×100,125, looked impressive as he increased the Toads lead to 5-2, only for Raul Rocamora and Karim Garcia to reduce Toppers lead by beating Andy Gildea and Maiden, the score now 5-4. De Lacy 2×100,125, Paddy Winterbourne and Galloway getting the Toad over the line and their 1st points of the 2nd half.

Decent scores and doubles from Queens Marie Cummins and Debbie Wright, were the Depot’s 1st half highlights. Two outs from Dave Oats and a further 2 from Paul Chick and Ray Hayes, plus a 140 and 180 from Ash Panchal was the Despos response.

Freakies inflicted Rock’s 1st defeat of the seasons 2nd half and really opened up the 2nd division title race which includes Dominos. All 3 have difficult matches to come the Rock have a 1 point advantage making them favourites, but don’t dismiss either of the other 2.

Shared legs to half time, Billy Dolling providing 2 the other from Andy Forrest, for Rock, Michelle Halliday, John Boden, Annette Dobson, for the visitors. Tons from Bryan Livsey and Ernie Willis.

Only 2 more winning legs from Rock, Graham Solomans D2, and Forrest, 140, D18. Freakies Livsey, Dobson and Halliday made the score 5-6 with 1 to play. lt went to the wire, Sharon Frain D4 just edging out Tony Spiers for both points. MOTM – Dolling – Dobson.

Angels were a whisker away from victory leading 6-5, only for Ali Scammell to nail D2 for the draw and shared points. Angel Winnie McKay, gained her 2nd double of the evening in the 11th to set up the tense finale. Wins from Chris Hutchinson D2 and Andrea Kelly 95, D2 accounted for Angels 1st half legs, Sue Spiers D11, Lesley Dolling D16 and Cheryl McGlynn D16 the damage for Raisers.

Kelly gave Angels a one leg advantage after the 1st single, Dolling D6 and Spiers a 51 out reversing the trend. Karen Coutts D17 squared the game, which is how it remained. MOTM – Sue Collins – Sue Spiers.

Forming an 8-man climbing team, the Tiaras made the ascent of Boris’ stairs, without Sherpas or oxygen, to a wonderful greeting from the Bears.  The Tiaras were in a relaxed mood, pretty sure that the Bears would have an easy victory again, which proved to be the case. 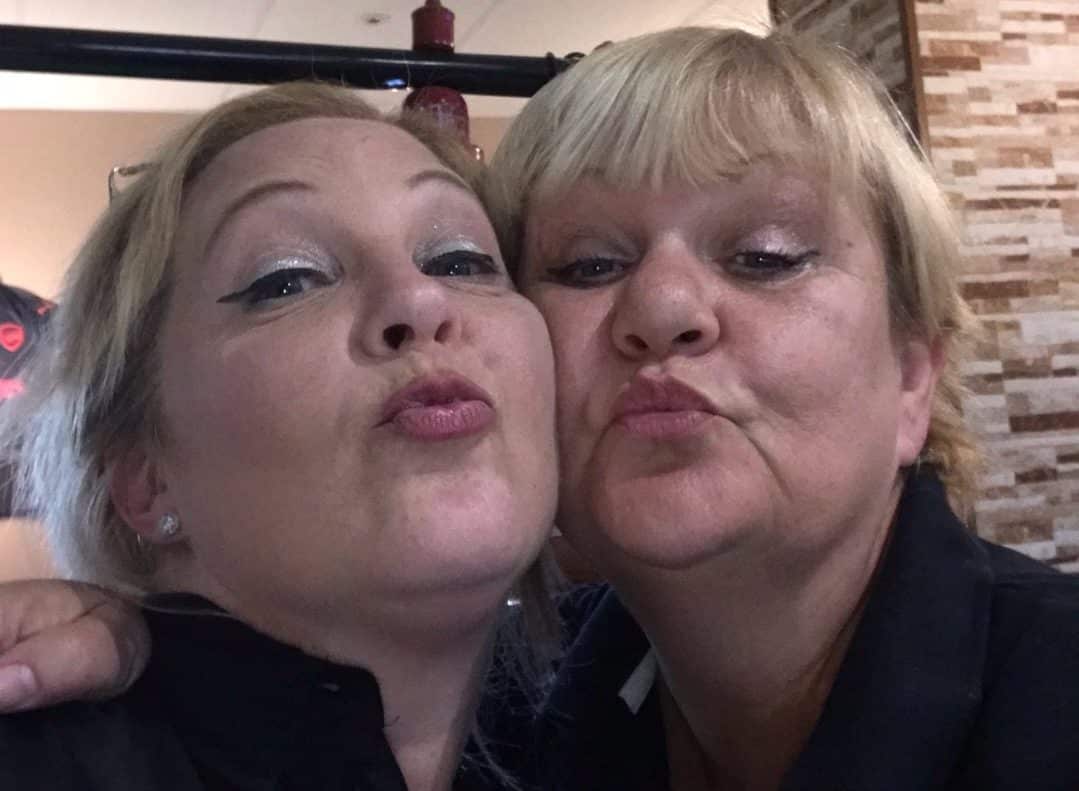