Bingo is a game that originated in the 16th century. It started to develop more of a player base from the 1920s onwards and has remained popular ever since. An element of the ongoing popularity is in bingo’s renaissance thanks to the online bingo platforms now readily available.

That said, many are still playing bingo in big arenas, halls, and community centers. Let’s explore the game’s exploring ongoing popularity and how it has essentially reinvented itself over time.

Where to start with all these choices?

Of course, one way the game as a whole has reinvented itself is through the online and virtual world. Across the internet, there are many versions of the classic game to play. Some provide their players with a traditional form of the game, whilst others add a twist in the form of merging bingo with slot reels, which produces Slingo games.

In addition, there are countless themed titles available online with games drawing influence from celebrity icons, popular TV shows, and historical eras/mythology. Consider, for example, one of the most notable websites such as Buzz Bingo: they provide games based on Deal or No Deal and The Voice. However, there are also numerous other themes including a seasonal section that features Christmas-inspired, festive and friendly options like Jingle Ways Megaways.

The improvements in technology mean that we are constantly seeing improvements. The high-definition screens that we use daily now provide us with some wonderful high-quality imagery, whilst accompanying audio enables players to enjoy an immersive experience.

The more traditional form of the game peaked in the 1960s. Despite this, it has maintained a level of popularity, as evidenced by the fact that there are still thousands of bingo halls distributed across the United States. Meanwhile, in the United Kingdom and other parts of the world, events such as Bada Bingo have become hugely popular.

They provide bingo lovers with the classic game in a party/rave environment, with the addition of dancers, vibrant music, and crazy prizes. It certainly offers a unique bingo experience and is ideal for those who are wanting to make an evening of it.

In addition, the game is played in a variety of settings, due to the simple gameplay being suitable for many demographics. For example, care home residents are among those to battle it out over a game of bingo, which is beneficial as both a social activity and a stimulating brain exercise.

Some research has even suggested that the game improves cognitive function in senior citizens. The repetitive nature of the game is beneficial to those who may not have the ability to learn new skills. 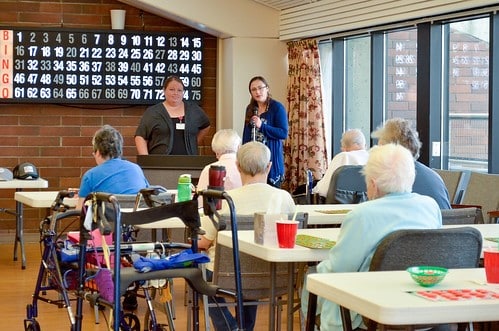 The number of people playing bingo remains steady. As a result, it will likely stay in the public’s consciousness for years to come. Bingo has a universal appeal in that anyone can jump into a game and even create a new version themselves.

Like many games that have evolved in the online world, it has picked up audiences that would never have played it in the original format. It will be interesting to see if new versions are developed to add to the already crazy amounts of choices that are currently available.