After a spectacular opening ceremony in Torrevieja on Wednesday, World Championship hosts Spain comfortably beat Argentina by 16 goals in the tournament’s first competitive match. Although the hosts struggled in the first half they were entirely dominant after the break, ultimately taking a commanding 29-13 win.

Cheered by home crowd, Spain needed 32 seconds to open the score, as their stalwart Alexandrina Cabral Barbosa recorded the first goal of the tournament. However, the Argentines soon drew level thanks to Rosario Urban Medel.

Although the South American team were never in front, they fought hard in the first half and did not allow the home side to pull clear. While Cabral Barbosa scored three goals in the opening 10 minutes, Spain missed overall a lot of opportunities, struggling against Argentina’s compact defence and Marisol Carratu, who made a number of saves.

Just like five of her teammates, Carratu plays her club handball in Spain, and the South American side looked very determined. Throughout the first half, Spain were constantly in the lead, but never by more than two goals. And just one second before the break, Argentina missed a chance to draw level, as Elke Karsten’s shot was saved by veteran goalkeeper Silvia Navarro.

Converting a 7m shot, Manuela Pizzo did draw level at 12:12 early in the second half, and the tight fight continued for a few minutes, but then Spain increased tempo and pulled away to a four-goal lead (16:12), forcing Argentina’s coach Eduardo Gallardo to call for a time-out. 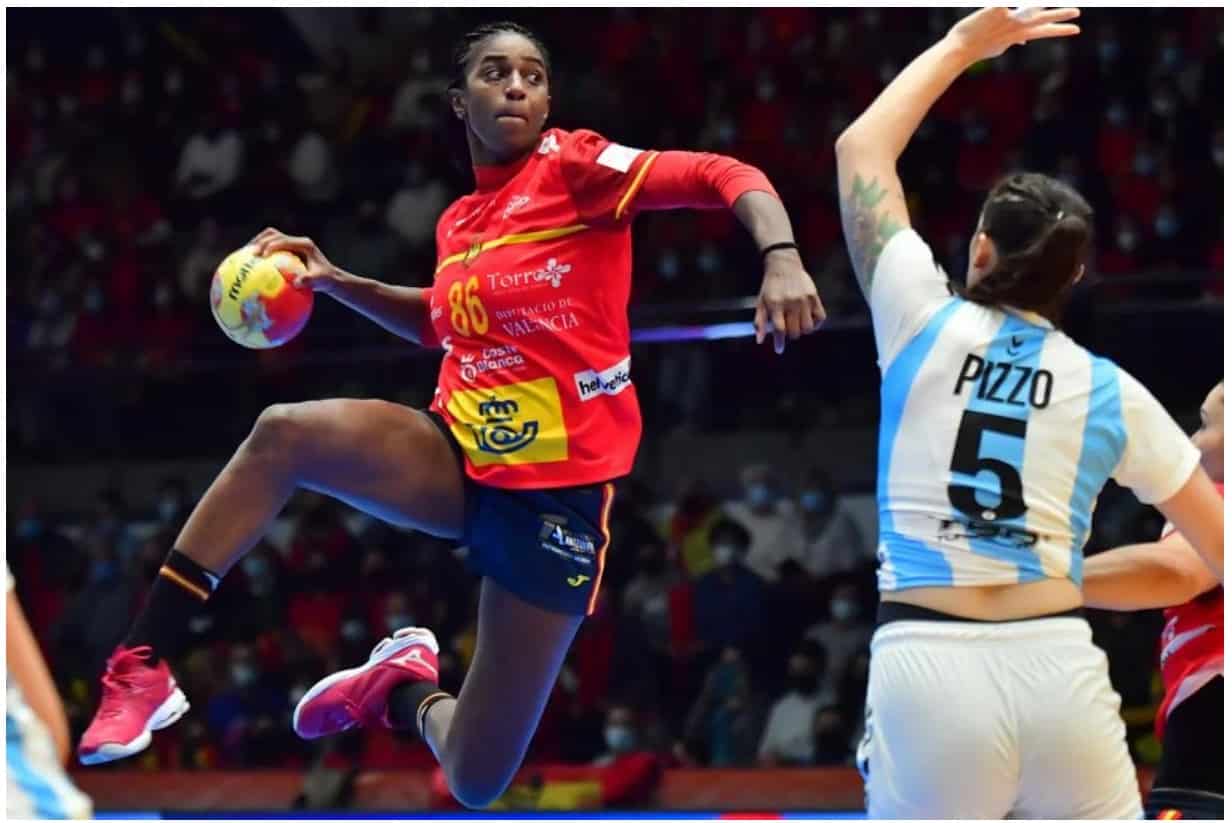 However, it was of little help. Spain finally took the game under their control, mainly thanks to a rock-solid 5-1 defence, Navarro’s saves and fast counterattacks. The home team did not concede a goal between minutes 34 and 54, and that impressive run helped them to a 23:12 lead.

“We won the ball in the second half, and the 5-1 defence worked very well. I am very happy with the result,” said Spain’s coach Jose Ignacio Prades after the game.

Argentina, who looked tired and ran out of ideas, were restricted to just three goals in the second half, while Spain did not slow down until the final buzzer. In the end, the hosts cruised to a commanding 29:13 win, making a big step towards the last 16.