Traffic on the N-332 between Torrevieja and the Orihuela Costa was thrown into chaos on Saturday when a truck carrying a cherry picker crane, travelling toward San Miguel de las Salinas, collided with the road bridge over the CV-95 near Torrevieja hospital, where it runs over the top of the CV-95 at La Veleta in Torrevieja, as a result of which the stretch of road that runs between the Lidl Supermarket and Torrevieja Hospital has now been closed. 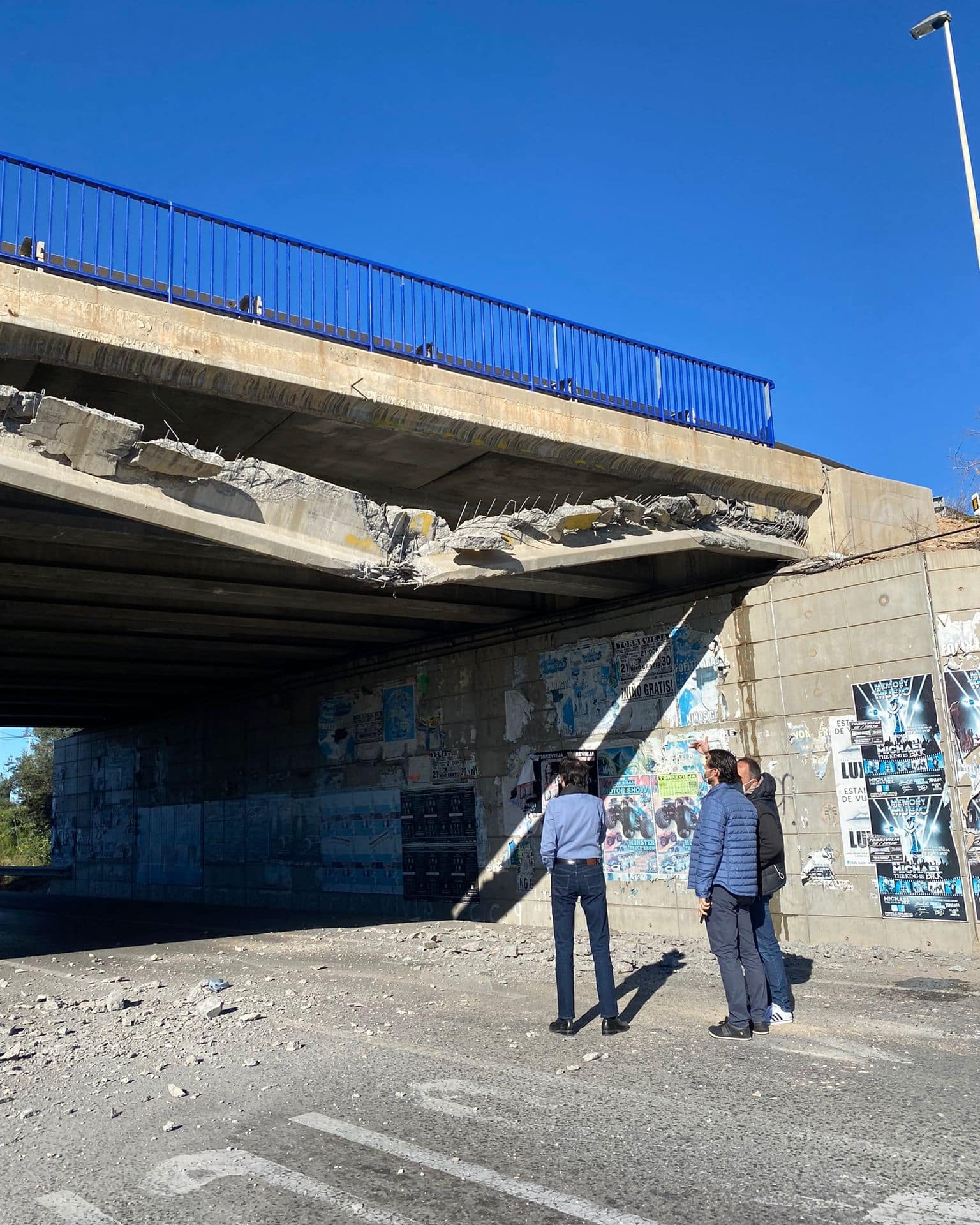 While the truck driver was not injured by the masonry that fell on his vehicle a spokesperson said that he had suffered an anxiety attack and was taken to the hospital just 500 meters from the accident. A vehicle travelling in the opposite direction was also hit by the rubble, suffering damage to the windscreen.

The accident occurred just before 10am on Saturday morning and although the Local Police were quickly on the scene, despite the substantial damage to the underside structure of the bridge, they continued to allow vehicles to drive through.

On the N-332, a road with a high volume of vehicles, the carriageway remains open in both directions, although the affected section of the CV-95 continues to be closed, with vehicles being diverted onto the national highway, from the Finca La Ceñuela roundabout in the direction of Cartagena and La Veleta going towards Alicante.

Police are telling people that in order to get to the hospital they should now exit the N-332 either from the salt flats or through Los Balcones. 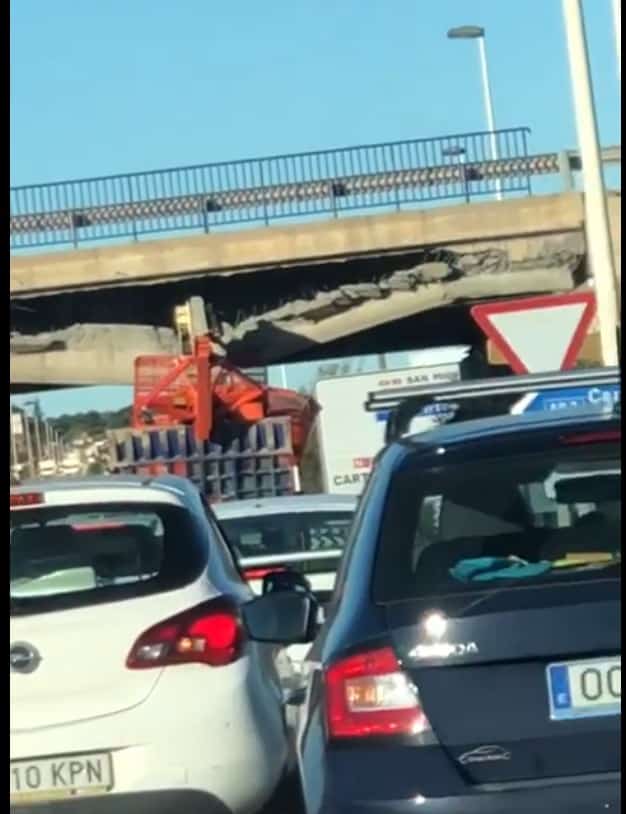