The LeaderPutting YOU at the Heart of the Community
Sign in / Join
Subscribe
Home Motoring Final Figures Released for lives lost in traffic accidents on Spanish roads...

Last year 1,755 people lost their lives in traffic accidents, according to the final balance from the General Directorate of Traffic. This figure includes people who died on interurban and urban roads during the 30 days after the accident occurred.

The number of deceased people decreased by 3% compared to 2018, although the evolution has been very different inside and outside the cities. On urban roads, there were 519 deaths, 6% more than in 2018. On the contrary, on interurban roads there were 1,236 deaths, 6% less than in 2018, although here too differences can be observed between conventional roads, where deaths decreased by 10%, and highways which registered an increase of 5%. The number of people killed on conventional roads for the first time was below 900 victims. It should be remembered that on January 29, 2019, the reduction of the speed limit from 100 kilometres per hour to 90 kilometres per hour came into effect on the entire network of conventional roads. Cities accounted for 30% of all deaths, the highest percentage since records are available. The mortality rate in 2019 stood at 37 deaths per million inhabitants, ahead of Austria (46), France (48), Italy (55), Belgium (56) and Portugal (61). The average rate for the countries of the European Union stood at 51. The value of 37 is the objective indicated in the Road Safety Strategy 2011-2020 as the maximum mortality rate in 2020. Even so, 5 people die a day in traffic accidents, which shows that there is still a long way to go. 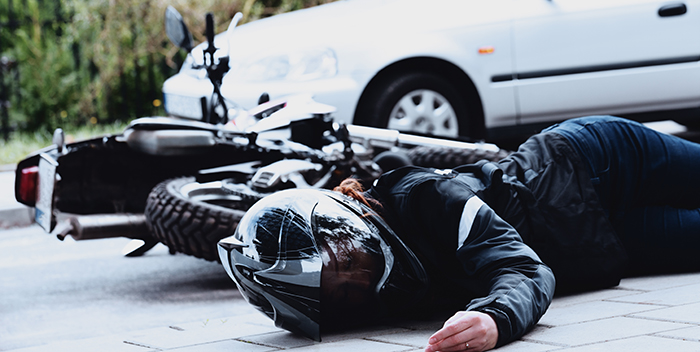 Overview of the accident rate Means of travel. The largest increases in accidents occurred among cyclists (80 deaths in 2019, compared to 58 in 2018) and motorcyclists (466 deaths, including mopeds, 11% more than in 2018), albeit for different reasons: while the increase in cyclists who died were concentrated on urban roads (32 deaths in 2019, compared to 15 in 2018), motorcyclists did so on interurban roads (318 deaths in 2019, compared to 276 in 2018). The death toll for motorcyclists is the highest since 2010, while the number of cyclists is the highest since 2007. Among the rest of the means of travel, the 12% reduction in the number of deaths in passenger cars stands out. For their part, 381 pedestrians died in 2019, compared to 386 in 2018. Together, vulnerable users (pedestrians, cyclists, motorcyclists) account for more than half of the deaths for the first time (specifically, 53%). Age. People aged 65 and over, who make up 19% of the population, accounted for 28% of the fatalities. It is worth highlighting the reductions that have occurred in the age group between 15 and 44 years, and the increases registered in the age group between 45 and 64 years. Interurban roads. There has been a 10% reduction in fatalities on conventional roads. The most frequent fatal accidents on this type of road are still exits (41% of the people killed) and head-on collisions (27%). On interurban roads, the increase in the accident rate of motorcyclists stands out, which accounted for 1 out of every 4 people killed. Together, vulnerable users account for 40% of the fatalities on interurban roads. The fatalities in passenger cars decreased by 13%, standing at 579 deaths. Urban roads. Vulnerable users accounted for 82% of the deceased persons, distributed as follows: 247 pedestrians, 32 cyclists, and 148 motorcyclists (including mopeds). In all cases, there were increases in 2019 compared to 2018. It should be noted that 70% of the deceased pedestrians are 65 years of age or older, highlighting the increase from the age of 75, a population that has gone from 104 deaths in 2018 to 134 in 2019. Concurrent factors. For the fourth consecutive year, distractions were the most frequent factor in fatal accidents (they were present in 28%), followed by alcohol consumption (present in 24%) and speed (present in 23%). Autonomous communities. Aragon, Principality of Asturias, Balearic Islands, Cantabria, Castilla-La Mancha, Castilla y León, Catalonia, Extremadura, Galicia, Region of Murcia, Comunidad Foral de Navarra and Comunitat Valenciana, are the communities that reduced the number of deaths in car accidents compared to the previous year. There was also a decrease in the Autonomous Cities of Ceuta and Melilla. The decrease in the death toll took place in a context of an increase in long-distance trips, 2.6% more than in 2018, reaching 427 million trips. The car fleet stood at 35,855,460 vehicles, 2% more than in 2018. The issuance of driving licences increased by 11% and the census of drivers was 27,311,015, 2% more than in 2018. The general director of traffic Pere Navarro has indicated that “the data indicates that we are going to have to concentrate efforts on cities and, especially, on the protection of vulnerable users“. Together with the consolidated data on fatal accidents, it is estimated that in 2019 a total of 104,077 traffic accidents with victims occurred in Spain, in which, in addition to the 1,755 people who lost their lives, 139,379 were injured, of which 8,605 required hospital admission. The consolidated figures of accidents with victims and non-fatal victims will be published in the statistical yearbooks of the General Traffic Directorate, once all the information is received from the municipalities.