Racing San Miguel failed to capitalise on a 3-1 away lead at Hondon Nieves C in the Valencia 1st Regional, to come away with a share of the points in a 3-3 draw at the weekend.

Racing lead 3-1 at the interval, with goals from Mario, Sergio and Peque, with Hondon’s fightback completed, when netting an injury- time penalty.

Racing return to action in midweek, when they host REFC Torrevieja on Wednesday, at the Montesico Blanco, San Miguel. 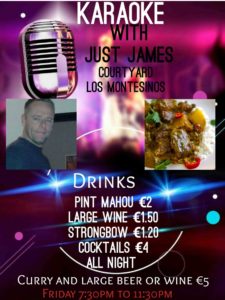 In the 2nd Regional CD Montesinos (51 points) retained the gap at the top of the table, with a 6-1 win against Formentera CF, five points clear of CF Sporting Albatera (46 points) who defeated Atletico Crevillente 5-0. CD Benijofar (46 points) remain in the promotion race, following a 3-2 win against CF Atletico Algorfa.