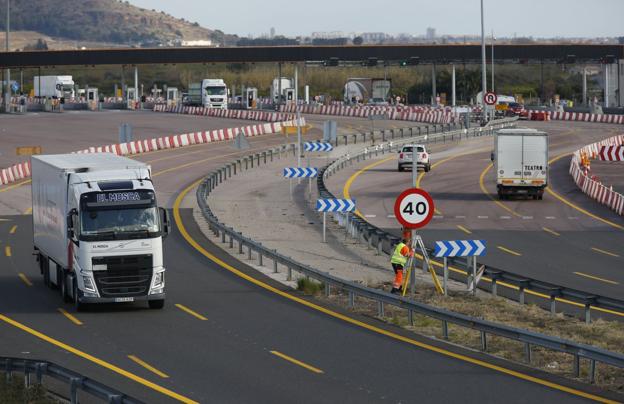 Less than two weeks after the toll road between Alicante and Tarragona became a free route, work has begun to dismantle the toll booths.

Lane diversions have already begun to be laid out to enable workers to dismantle the pay stations on the AP-7 motorway.

The first phase of the work around the Sagunto area has already begun, with new signs being installed where the old ones are being taken down.

All in all, the change in status of the road isn´t going to be free, as the money for maintenance and repair will now the realm of the tax payer, rather than the driver, and the work to change the status from a paid road to free is already set to cost 21 million euro.

In addition, towns like Vila-Real are demanding the Ministry of Transport, Mobility and Urban Agenda, previously known as ‘Development’, invest in acoustic sound proofing to combat the increase in noise generated by the increase in traffic.

The whole network has also been fitted with traffic monitoring equipment to see exactly how many vehicles now use the route for which they would previously have had to pay.

If you are driving between Alicante and Tarragona, be sure to keep a sharp eye out for the road works that could appear anywhere on the network over the next few months as the transition is completed.