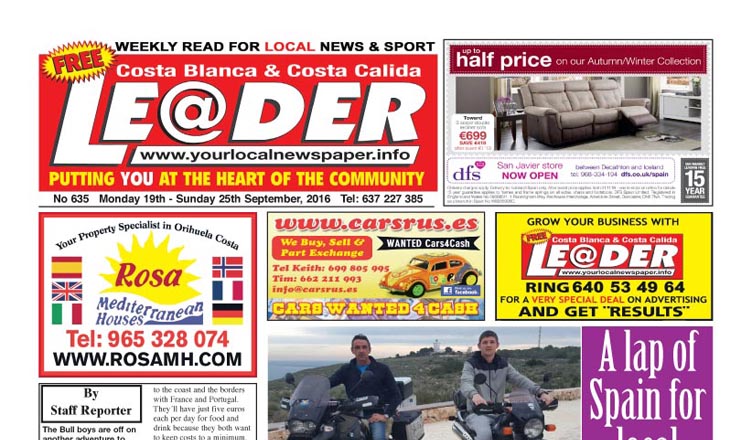 A LAP OF SPAIN FOR CHARITY

The Bull boys are off on another adventure to raise money!

It´s not long now until father and son team, Dave and Mitch Bull, will be off on their epic journey around the coast and borders of Spain on motorbikes, raising money and awareness for the AECC (Cancer research) and the Samaritans in Spain, of which Dave is the patron.

Vega Baja Water Management an Inspiration for the Netherlands

A delegation of political and technical representatives from the...

Torrevieja’s Charo completed her three matches in the European...

The La Lonja auditorium in Orihuela will host the...