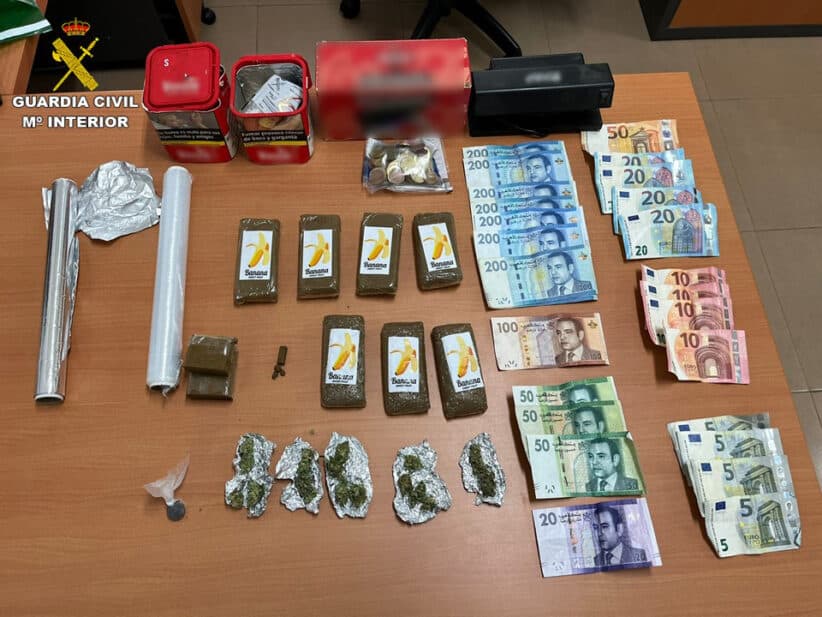 The Guardia Civil shut down a drugs outlet operating from a house in Callosa de Segura.

The residents of the house, a man and a woman, have were arrested by officers from Orihuela on suspicion of drug trafficking, later to be released by the court with precautionary measures in place.

The investigations began in March 2022, when members of the Guardia Civil received anonymous reports from various residents in the area, reporting the home being used as a drugs outlet.

A special operation was then set up, which resulted in the suspects being identified, and through surveillance, it was possible to prove that in the house was the source of a continuous transit of regular users of marijuana and hashish. In addition, the investigators identified the residents of the house, being a 42-year-old man and a 31-year-old woman, both of Moroccan nationality, a couple and with a police record for similar events.

In December, officers from Torrevieja, accompanied by dogs, and with the collaboration of the Local Police, searched the house and discovered more than 700 grams of hashish distributed among 7 plates, 5 doses of marijuana, various financial amounts of euro and dirhams, Moroccan currency, and various material for cutting, preparing and weighing the drug.

The investigations concluded with the arrest of the couple, being charged with the crime against public health for drug trafficking.

The Guardia Civil would like to point out that they have a specific email address where anonymous reports of criminal acts like this can be made. The email address is colabora@guardiacivil.org.