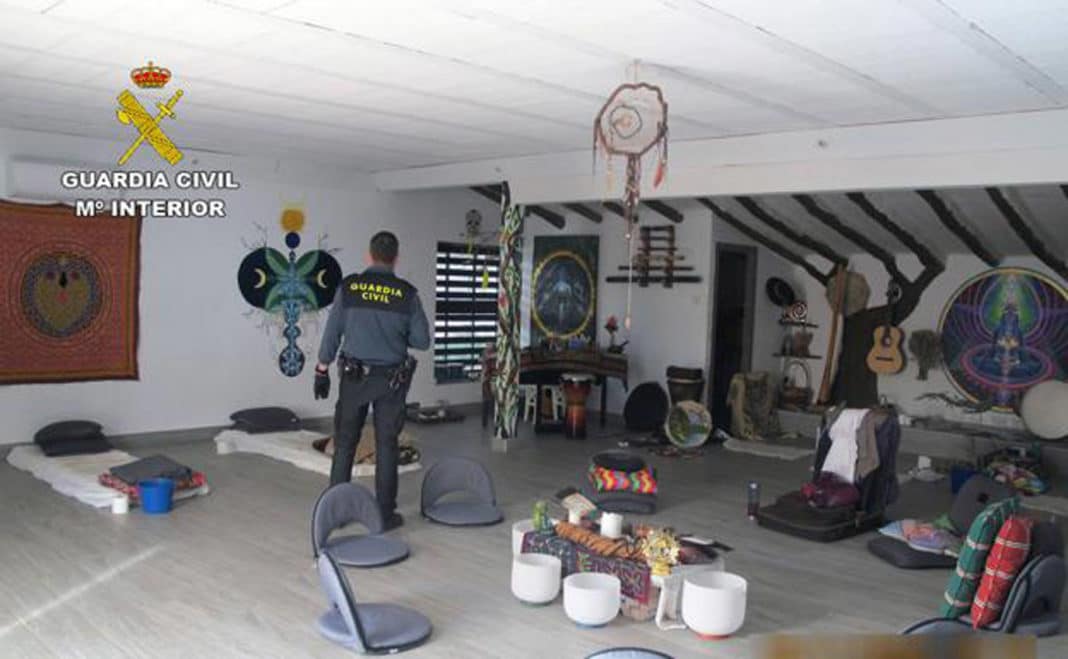 A British couple have been arrested following a Civil Guard raid on a rural house in Yecla, north of Orihuela, that was being used as a spiritual retreat.

During the property search the officers found a multitude of substances considered harmful to health, and without any form of medical control, that were being supplied to clients, both from within Spain and visitors from abroad, such as ayahuasca, snuff, sananga, San Pedro extract and hallucinogenic mushrooms.

The couple (47 and 52 years of age), who were engaged in recruiting clients to practice ‘supposed’ shamanic healing rituals, were arrested and appeared before the Examining Court number 1 of Yecla (Murcia). They are charged with offences against public health and against flora, fauna and domestic animals.

These shamanic rituals were offered by the couple via advertisements on the Internet where they promoted themselves as a healing house oriented to self-development groups, shamanic retreats, addiction recovery and detoxification.

The activities were being carried out despite the absence of any type of license or administrative authorisation. They were being offered at a daily cost per person of 45 euros per day for a minimum stay of three nights, as well as group offers of 500 euros per day for 16 guests.

There was an additional charge of 100 euros per person if clients required a ceremony with kambó, a substance obtained from the secretion of an Amazonian frog, and with a high content of natural opiates, 40 times more powerful than morphine and a serious risk to health.

On arriving at the property the officers found an ayahuasca retreat being held. One of the rooms was furnished with seven bunks and two armchairs from where the shamans were directing the ritual and the ingestion of hallucinogenic substances by seven people of various nationalities.

The Civil Guard said that the ‘supposed’ spiritual guides administered the substances without any medical control, producing in the attendees a series of physical effects: from sweating, dizziness, nausea and muscular contractions that could last between eight and twelve hours, occasionally to more severe complications of a cardiac nature.

Several goldfinch wings (a protected species) were also found on the farm, ready to be used for the ornamentation of some of the tools and supplies, a crime against flora, fauna and domestic animals.