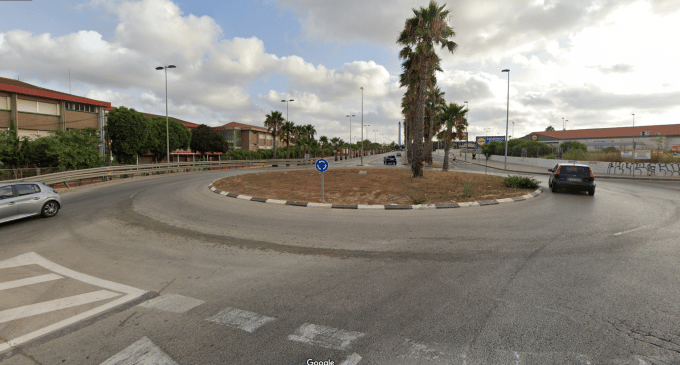 Torrevieja Council has been accused of turning a blind eye on their legal requirements to demolish an illegal roundabout which has been dragging on for almost four years.

The tender worth 148,000 euro to demolish the illegal roundabout near the college and Lidl supermarket on Avenida de las Cortes Valencianas was announced on June 26, 2019 and is still valid in the profile of the contracting party without the current PP government having dared to set its expiration date.

Initially, these works for the restitution of urban legality in the roundabout of sector 13-A-3 of Torrevieja had to demolish a roundabout that the promoters of the neighbouring urban plan placed in 2007 on the public road owned by the Council without prior authorisation.

It was in 2012 when the Council opened a disciplinary file against those responsible for the illegality, so the matter ended up in court with the following conclusion for the municipality: the Council was responsible for restoring legality because it was the one that consented to carry out the work without paralysing it. Therefore, to enforce the sentence -something that the Urban Planning area assumed between 2015 and 2019-, the demolition and its cost were processed, and from there the budget item and the first step of the works contract arose.

However, the Urban Planning area of ​​the Torrevieja Council, which is now headed by the mayor Eduardo Dolón (PP), has done nothing to promote the restitution of legality and comply with the municipal resolutions in this regard. During the same period, the Council, which promotes hundreds of infringement files per year for urban discipline to residents -copied by expansion works of tourist homes or irregular air conditioning installations-, has had no problem authorising new activities tertiary which is also accessed from the out-of-order roundabout -it has not been closed to traffic either-. A petrol station and laundry, and partially a new fast-food business opened in recent days, among other catering establishments that complete the tertiary sector 13-A-3.