SC Torrevieja defeated CD Cox 3-1 on Sunday in the Valencia 1st Regional Group 8 to go top of the table on 28 points.

Torry’s late, late show saw them net two late goals on their way to go top as their bid for promotion gains momentum.

Hector gave Torry an early lead when netting after 5 minutes with CD Cox drawing level at 1-1. Hucha then put Torry back in front on 88 minutes, with Saùl wrapping up the points for Torry when netting the third on 90 minutes to bag a 3-1 victory.

CF Sporting de San Fulgencio took a point in a 1-1 draw against CFE Il-Licitana with Sporting dropping to second.

Racing San Miguel’s woes continues following a 3-0 home defeat against Aspe UD A as relegation worries increase, with Aspe moving up to fourth.

UDF Sax A lost 2-1 at home against UE Crevillente FB A, with Crevillente going fifth on 23 points.

Formentera CF hit four goals in a 4-0 win against Santa Pola CF B to move into sixth spot.

CD Altet suffered a 4-3 home defeat against visitors Callosa Deportivo CF A in a seven goals encounter, with Callosa moving up to third on 25 points. 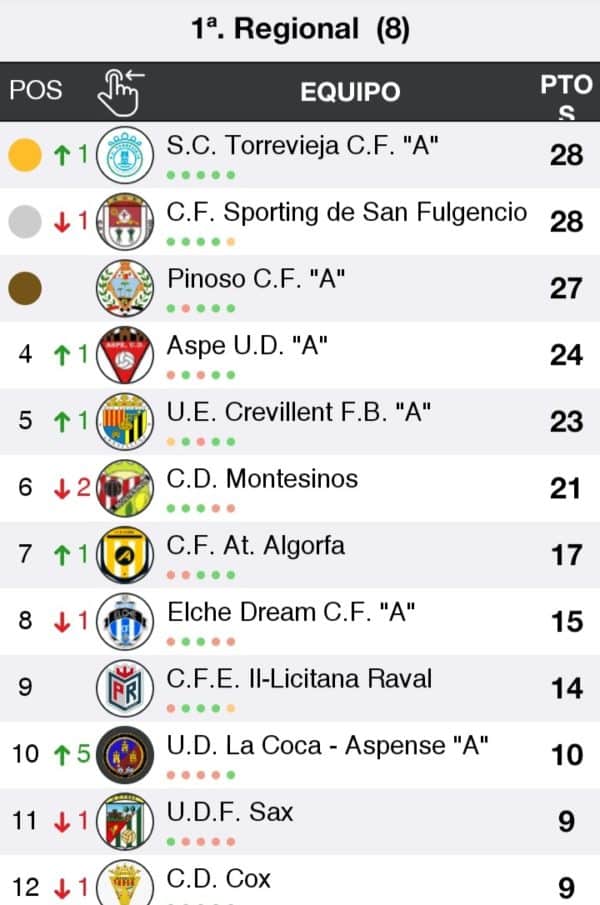 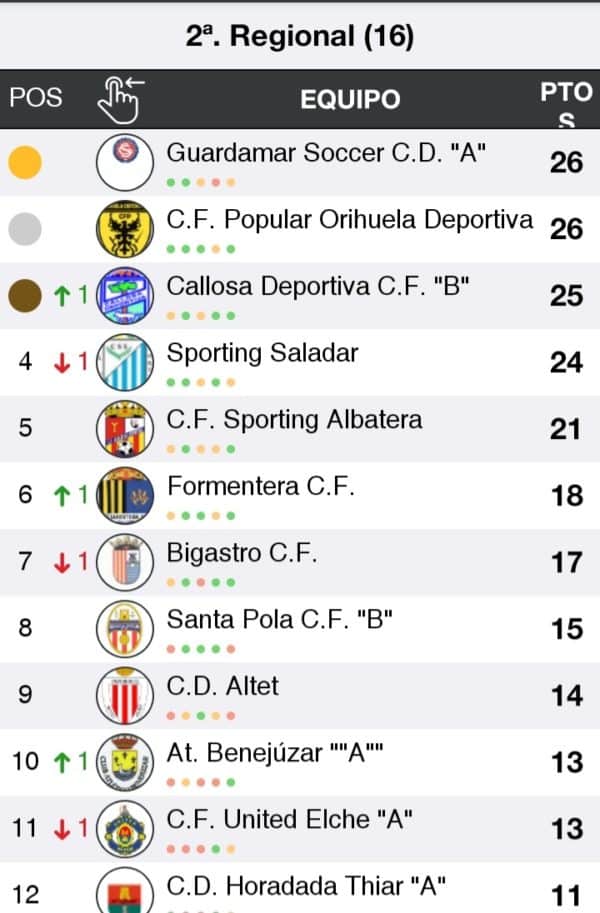