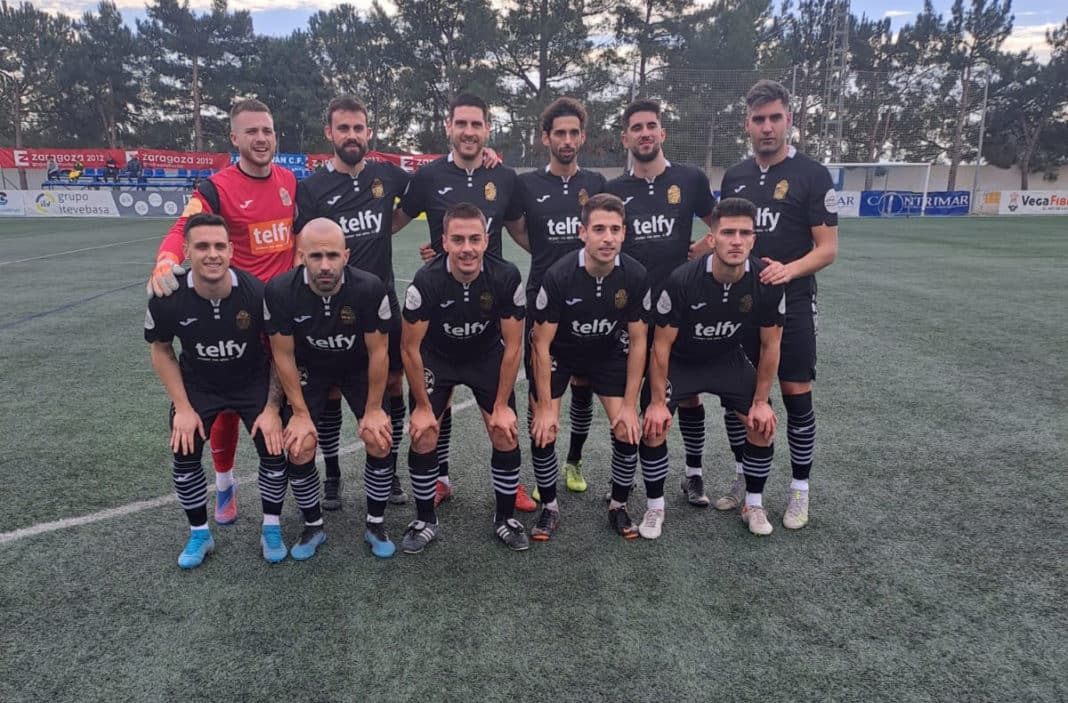 Never has the proverbial waiting ages for a London bus, then 2 come along, been so applicable to the current CD Thader team.  Following last weeks victory over Benferri, Raul Mora’s men only went and did it again (first 3 points on the road since late September), this time it was against fierce local rivals Redovan.  Manager Raul Mora made 4 changes for this eagerly awaited match.  Out went Lloyd, Guido, Pedro Juan & Berni, to be replaced by Fran, Juan, Rulo & Quino in the starting line-up.

As often happens in the Preferente league, both teams took some time to settle in, and it wasn’t until Rulo had his 16th min shot turned away for a corner, that either keeper had been tested.  From the resultant corner, Juan headed fractionally wide of the far post.  In the build-up, Quino appeared to have taken a blow to the face, but due to the ref’s reluctance to take action, both Mora and his assistant picked up their customary booking for dissent.  Quino quickly following in the black book, in a half which was very patchy, primarily because of the ref’s refusal to let the game flow.  Redovan picked up their first booking on 40 mins, then with time creeping into stoppage time, Thader won 2 corners in quick succession.  The second of these found Fran totally unmarked, allowing him all the time in the world to strike a beauty just inside the far post.  From the next attack, Quino should have doubled his side’s advantage, but with just the keeper to beat, he was forced wide and the advantage was lost.  In an action packed last 2 mins of the half, first Chema pulled off a wonder save to deny the hosts equalising, then when they did get the ball in the net, a raised flag for offside came to Thader’s rescue.

If we thought the first half finished in traumatic fashion, the new half was equally as manic.  Another booking (which would later prove costly) for Redovan, was quickly followed by Pascual producing a teasing header, which slammed against the base of the post, before rebounding to safety.  Dani Lucas became the next Thader player to pick up a yellow card, before all hell let loose.  Having already been booked, Sedas off the ball altercation with Dani, resulted in the Redovan defender making the walk of shame.  Parity was restored midway through the half, when a glorious long-range assist, found Angel.  Redovan’s sub observed that Chema was way off his goal line, before confidently lobbing the ball into an unguarded goal.  But it was a visiting sub who was responsible for the last and decisive goal.  Fellow sub-Lloyd, fed young striker Calderon, who ran at the defence with supreme confidence.  Although his shot on goal was parried back into his path, he made no mistake in stroking home the rebound.  An ugly off the ball stamp on a grounded Rosquin, should have resulted in a second sending off for the hosts, but a bottle job by the assistant ref, resulted in only a caution.  Ruben shot tamely on goal when Berni in space would have been a better option, before in the dying minutes, Calderon had a glorious opportunity to double his goal tally, but alas he failed to get his angles right.

This victory lifts Thader up to 9th place on 19 points, with almost half the season having been played.  Next Sunday at 11.30 am, back at Moi Gomez stadium, Rojales (providing there isn’t an almighty downpour the day before), Thader will host 5th place Eldense, in a game which promises to be entertaining to say the least. 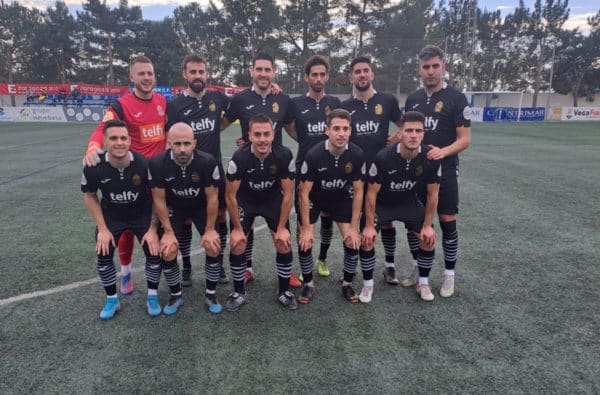 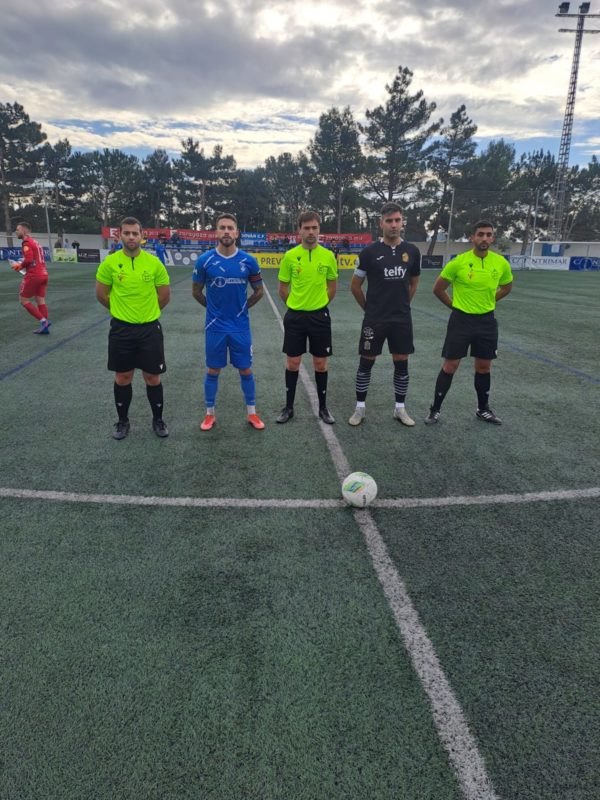 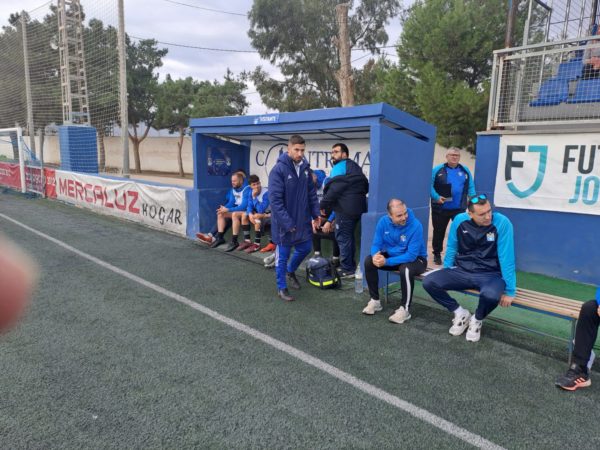 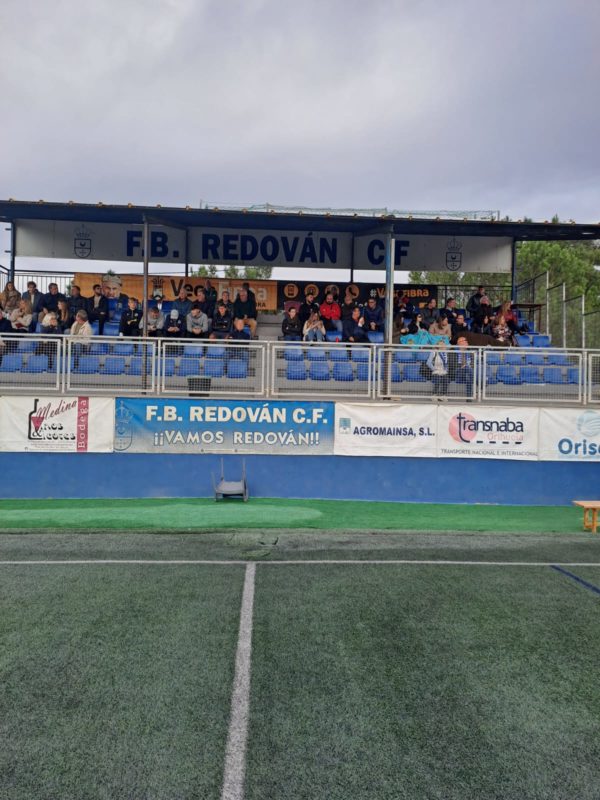