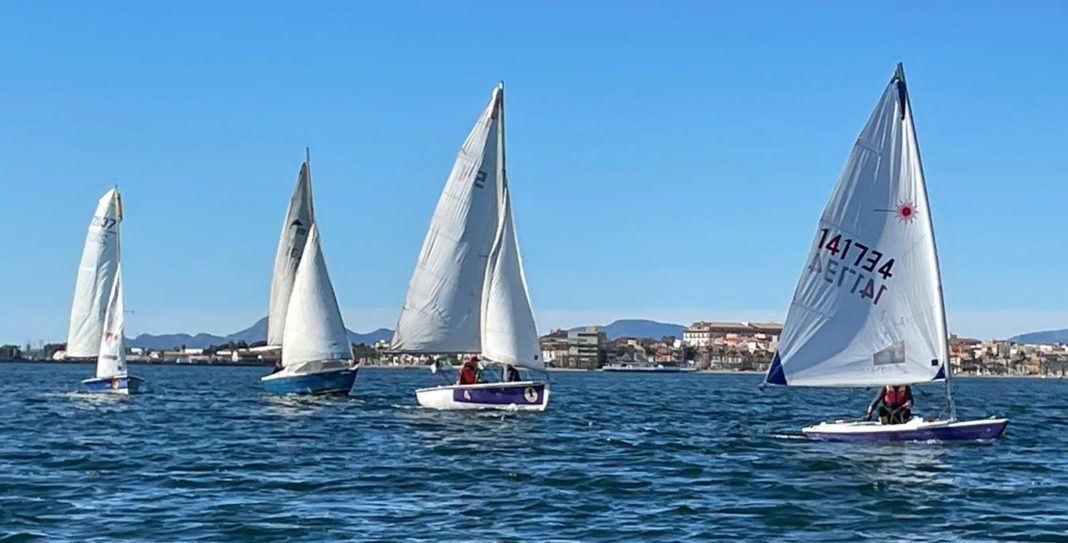 With the near gale force NW winds of Saturday set to continue overnight and into Sunday morning the SAMM race organisers almost decided to cancel but, with a downward trend forecast, decided to go ahead. But everybody was surprised when they arrived at CTD at 10.00, there was almost no wind.

Then just before the first race start at 11.00 the wind kicked in from the WSW at 6-7 knots and the start was good. For the first time this season all three sailfish 18’s of the Balaton Group were racing together with two Shoestring dinghies and John Down in his Laser Radial.

Five of the boats crossed the line soon after the gun, but Balaton’s Ginetta had a sail malfunction and did not make it. John led from the start, was flying round the square course, had lapped one boat by the end of lap three and was close to lapping others

And then the fun started. After having blown fairly steadily, halfway through the race, the wind suddenly gusted to 10-12 knots and swung to the west, which caught out a few boats. Then it dropped back, only to gust again to over 14 knots and swing back to WSW.

Most boats coped well but John almost started swimming as he capsized five times in as many minutes. For a man of close to three score years and ten he showed remarkable agility, preventing the boat going fully over by stepping smartly onto the dagger board to right her and not actually getting wet.

At the end of the race the crew of Shoestring Dos decided they had had enough and went ashore while those on Cuatro decided to reef their sails.

The second race started at 12.15 with the wind W at 7-8 knots, a good start with a procession over the line led by Sirocco, followed by Ginetta, Cuatro, Vision and John’s Laser a minute later. John soon took the lead, his boat is the fastest in the fleet, but all the others were also screaming round the course except Ginetta, who often seemed not to have her jib set correctly. By now the wind had dropped a little in strength but again kept gusting and swinging, every 15 to 30 minutes, making this the most challenging day so far this season. Everybody had a great race, with tactics playing a big part, especially on the upwind leg from mark three to the start/finish line.

Sirocco and Vision were having a real tussle, completing each lap within seconds of each other, Unfortunately at the first mark of her last lap, Vision was caught out by yet another wind direction change, had to tack at the last minute, impeded another boat and was forced into a 360 penalty. The crew took a long time to sort themselves out and get going again and this probably cost them the race.

Finally the results were calculated, handicaps applied and the winners declared. The results were a one-two for Sirocco and Vision in both races and, for the second week running, Robert Hudson and Jurgen Reimann, were the winning crew this time on Sirocco. Well done guys!

Find out more about SAMM and the racing have a look at www.sailingmarmenor.com 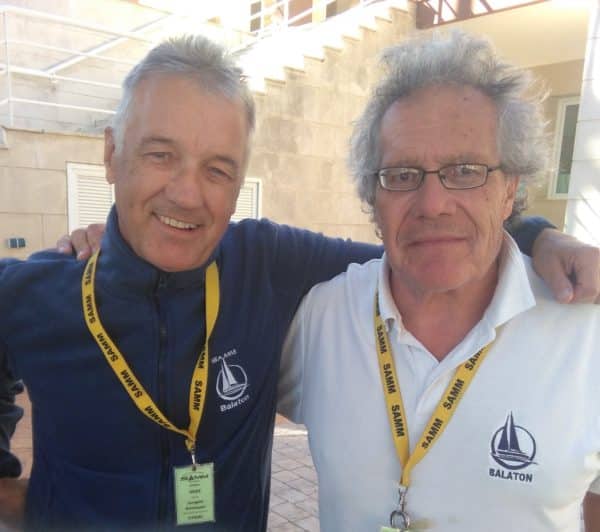 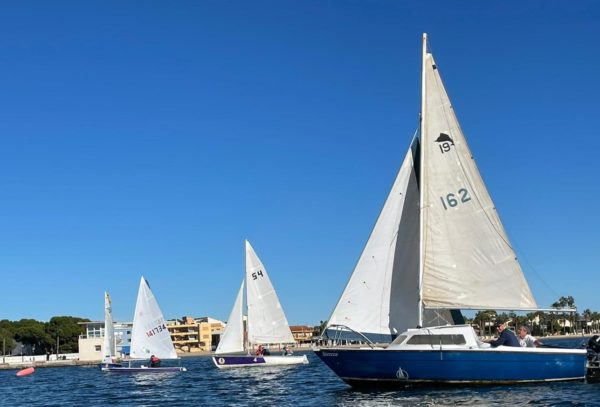 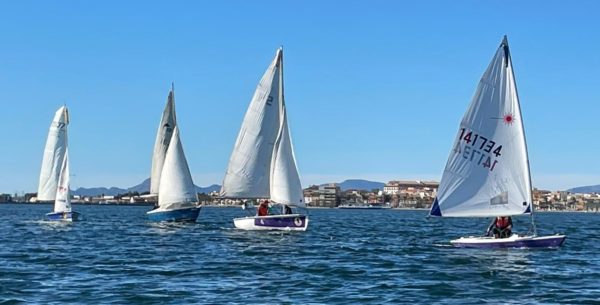