The LeaderPutting YOU at the Heart of the Community
Sign in / Join
Subscribe
Home Spain Community of Andalusia THE MAGIC OF DISNEY SHINES IN MOJACAR AT CHRISTMAS WAS WALT DISNEY... 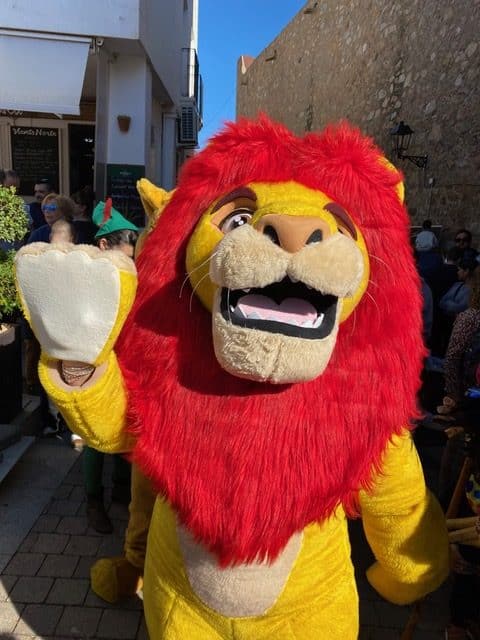 Mojácar celebrates, with great success, a mass party held for the first time in the locality and that is here to stay.

Thousands of people joined in with the call to “The Magic of Disney shines in Mojácar at Christmas”, turning the locality into an enormous stage where all the most famous characters from Disney films had fun with a colour parade, games, children’s workshops, guided visits, a gigantic paella for more than 1,000 people, songs from the best-known soundtracks from the Disney factory and a fancy dress competition.

Many families shared costumes and Disney themes with their children and friends on a day everyone enjoyed and that will become as established in the municipality as the Moors & Christians festival, the Night of Candlelight and the Romantic Night.

Mojácar adds to its festival calendar another celebration that will be the precursor to the Christmas festivities. Christmas festivities expected to be very special starting this year with the boost, in the event of being the winner, of the Ferrero Rocher “Together we shine more” Christmas illuminations contest, and that would put the municipality in line for a new focus for the celebration of Christmas.

It is not just the mass participation of adults and children; it is also the good organisation and the success of each programmed activity that has prompted the public to request its continuity over time.

Parallel to the festival activity, the day began with a discussion table with the tagline: Was Walt Disney born here?, organised by the Walt Was Here? Mojácar Association.

All the information gathered over the two years of the association’s existence was exhibited at the table. Documentaries, press releases, interviews and TV programmes, in which a more than reasonable doubt about the Mojácar origins of Disney is expressed.

The Walt Was Here? Association came into being two years ago in Mojácar with the aim of rekindling the legend that was created around the possible Mojácar origin of Walt Disney. For this purpose, it has collected and interpreted all the related information and has been opening its own line of work.

Without ruling out any information, they are in contact with the University of Chicago to find, around the early 1900s, the clue about the presence of the mother of the Mojácar child who is supposed to have been Walt Disney.

They are also waiting for a document from the 1940s in which the Government in Madrid requests from the Local Council information about a child, José Guirao Zamora, and the response of the local authority and of the Church. As a result of this communication there was a mysterious visit by the “men in black”, as locals called some men in suits who arrived in Mojácar, also in search of the aforementioned documentation, and who were supposedly from the FBI.

Dates that coincide with the collaboration of Walt Disney with this American police investigation body and with his marriage.

Was Walt Disney born in Mojácar? Everyone in the locality thinks so, and while the mystery is being uncovered, his magic and his charm are on display thanks to the children and to the whole locality celebrating an even more magical day, with the memory of him and of all his characters who have made children and grown-ups dream.