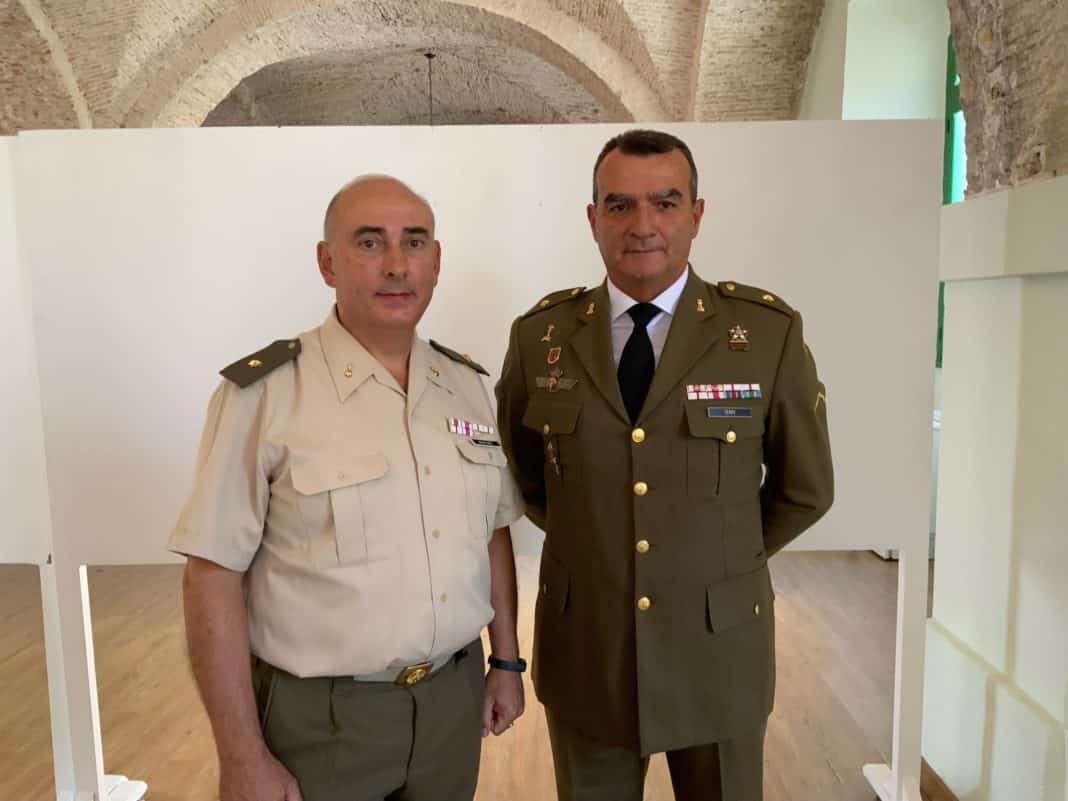 The Museo Histórico Militar de Cartagena has a new Director.  Over the past three years, The Leader and The Orihuela and Costa Calida Branch of The Royal British Legion have been pleased to be involved with the Museum, publishing several articles about visits to the Museo by Committee Members and in October 2021, a group of 36 members of the RBL.

At every visit, the visitors have been warmly welcomed by the Director of the Museum, Comandante (Major) Juan Antonio Martinez Sanchez of the Spanish Artillery.  Sadly, the Comandante’s retirement from the Ejericito de Espagne after 32 years of service has seen the end of his tenure at the Museo.

On 27th September, in the presence of senior officers, local dignitaries and members of Los Amigos del Museo Histórico Militar, the ceremony of handing over command of the Museum, which is part of Spain’s military establishment and estate, took place in the Board Room at the Museum.  Comandante Martinez handed over command to his successor, Comandante Ernesto Terry Andres Segun, of the Corps of Engineers, the first time that the Museum’s Director has not been a career artilleryman.

Comandante Terry, also a life-long soldier, was born in Cartagena in 1964, where his father, also a soldier, was stationed. He entered the Armed Forces in 1983 as a volunteer soldier in the XXXII Joint Engineer Battalion of Cartagena and in 1987 entered the Basic General Academy for Non-commissioned Officers. He is married and has two daughters.

He left the academy with the rank of Sergeant in 1990 and was posted to the Paratroop Engineers Battalion in Alcalá de Henares (Madrid). In 1994 he entered the General Military Academy at Zaragoza to train as an Officer, leaving in 1996 as an Ensign and was assigned to the Legion Brigade in Viator (Almería) until his promotion to Lieutenant in 2000, when he was posted to the Paratrooper Instruction Battalion in Murcia.

Being promoted Captain in 2006, he maintained that rank until his promotion to Comandante in 2015 when he moved to the X Sapper Battalion in Cerro Muriano (Córdoba) before returning to the Engineers (Sapper) Battalion of the Legion at Viator in 2018.

September 2022 brought appointment to Director of the Military Historical Museum of Cartagena.

His C.V. is impressive having completed military specialization courses as a parachutist and diver.  He has also trained as  a specialist combat engineer, as an advanced instructor and has carried a security brief; been decorated as a commander and the holder of The Cross of the Royal and Military Order of San Hermenegildo, three crosses of Military Merit each with distinction and two UN medals (UNPROFOR and UNIFIL).

International missions include Bosnia and Lebanon. In 1993 whilst deployed in Bosnia as a sapper, he spent five months in a military hospital after being caught in an anti-personnel mine explosion.  His leg was saved but with restricted mobility in his right foot, losing part of his heel and talus.  Once returned to duty and despite his injuries, he continued to parachute jump and to participate normally in the work of the Units to which he has been assigned.

He has a strong interest in history so is very enthusiastic about his new posting as Director of the Military Historical Museum of Cartagena and looks forward to continuing the work undertaken by the previous Director and his team.

The Collections at the Museum are of significant historical importance holding the world-record collection of military miniatures, two national collections and a European collection in addition to its many other exhibits.

Entry is free and it is open from 10.00 to 13.30 from Monday to Saturday inclusive, closed on Sundays and on public holidays

Tours of the Museum, which take around 90 minutes, are available in English, with British guides, for individuals and groups of any size.  To arrange a visit contact Dr.Tony Fuller, (Spain) 634 34 20 18. 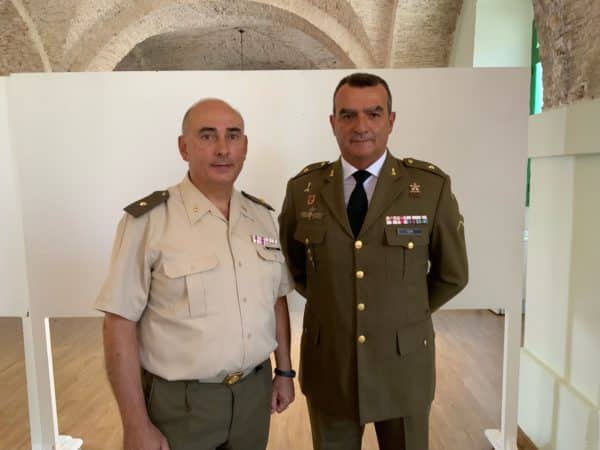 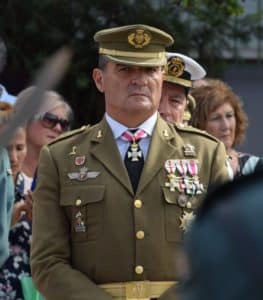