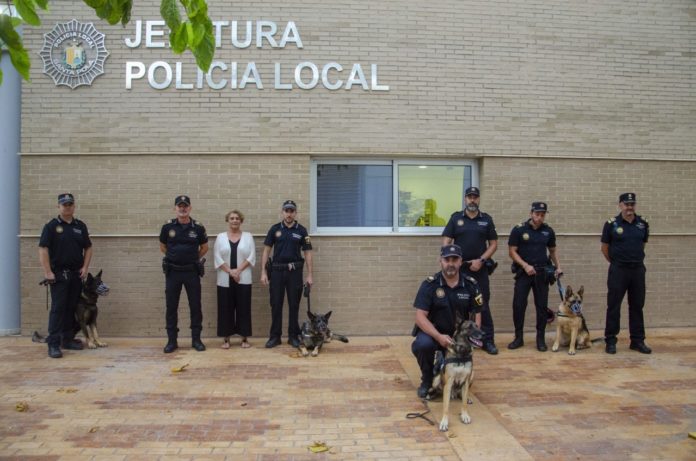 Santa Pola Local Police has incorporated a canine unit into its services, which started operating at the beginning of the month, and now has 5 officers accredited by the Local Police canine handler course.

This week, the first edition of the “Course of Canine Guides of the Local Police of Patrol Dogs, Security and Control” was given to the officers by the Arikel company, where in an internal act, on the part of the Department of Police delivered the corresponding diplomas to the 4 accredited agents, plus another agent who already had the accreditation. The act was attended by Police Councilor Ana Blasco.

Blasco has highlighted that “Santa Pola already has a cynological team (dog unit) both in security and control, as well as in the search, detection and location of narcotic substances, and work with the animals has already begun during the September festivities, with unbeatable results”.

The councillor explained that “the trained animals are from a company contracted by the City Council with which different actions and operations are proposed throughout the year.”

The Santa Pola Local Police used the canine unit in the pilot program for the early detection of the presence of drugs in vehicle drivers at traffic controls, detecting this presence even before carrying out any type of test with a 100% positive result.