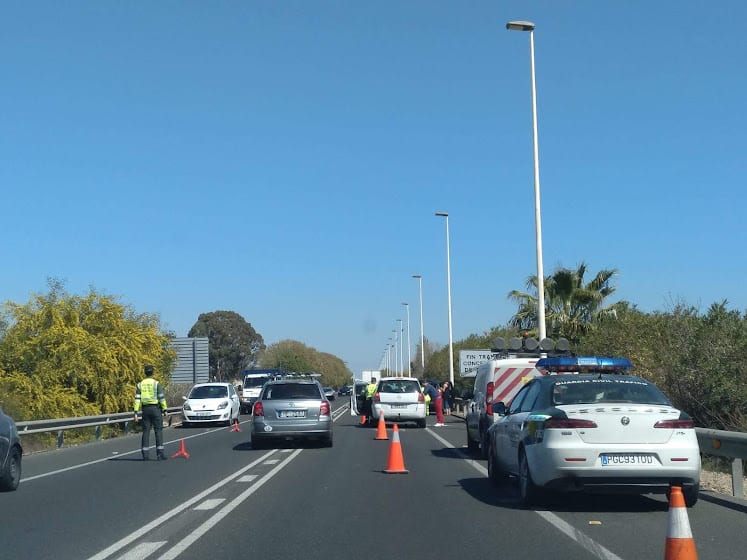 The Ciudadanos (Cs) deputy for Alicante in the Congress of Deputies, Juan Ignacio López-Bas, has reprimanded the central government for its “absolute inaction” and the “permanent blockade” of the work for the “highly announced duplication of the N-332” as it passes through Torrevieja.

“Faced with our question about this project to the Executive in July 2021 and insisting on the same question just two months ago, the answer is practically the same but with different words,” said the spokesperson, who denounces the “multiple evasions” of the Government. “A year ago, because it was ‘necessary to finish drafting and approving the layout project first’ and now because this same project is still ‘pending provisional approval’. A whole year without any progress?”

The Alicante deputy has also pointed out that «in January 2019, the former mayor of Torrevieja, José Manuel Dolón (Los Verdes), congratulated himself because ‘the deadlines are met as planned’ after having met with representatives at that time of the Ministry of Public Works and having ‘unlocked’ the project. López-Bas has highlighted that with the Government’s responses “the null veracity of that announcement by the Torrevieja councillor is demonstrated”, since “now the Executive says that it is still awaiting a response from the Council, to which consent would have been requested for the occupation of land necessary to provide an at least provisional solution. For this reason, the national deputy of Cs has urged the local government to “expedite the procedures for this transfer of land” and “finally begin to reactivate this project.”

“Meanwhile, the residents of the area and the tourists who visit the region continue to suffer traffic jams and accidents due to the bottleneck that forms especially on the route that runs through the urban area of ​​Torrevieja” by having “a single lane in each direction of movement”, stressed the parliamentarian. “An already endemic problem of which we have been aware thanks to the follow-up work of our councillor and spokesperson in the Torrevieja City Council, Pilar Gómez, who has been informing us of the null evolution of the project to send it to the central Executive through of parliamentary initiatives in the Congress of Deputies”.

In 2005, the then PP national governments presided over by José María Aznar left pending the improvement works of N-332 in more than 20 sections located between the towns of Sollana and El Pilar de la Horadada. At the time, the PSOE stated that the central Administration failed to invest more than 500 million euro in this road in actions that were already programmed in the Second Road Plan approved in 1995, which should have been completed in 2003.

Jump forward a decade to 2015, the PP mayor of Torrevieja, Eduardo Dolón, explained that with the currently existing traffic levels, the study carried out by the Generalitat and the General Directorate of Roads will give priority to the action of the southern section, which runs from the CV-905 to the CV-95 (Los Balcones), given that the average daily traffic on this section amounts to 33,250 vehicles per day, while on the north towards La Mata, the daily flow of vehicles amounts to 11,571.

The mayor gave an account of the commitments of the parties contemplated in this protocol. In this way, it is up to Fomento to carry out the duplication works between kilometre points 53 to 61, a section known as the Torrevieja variant, carrying out the necessary procedures to initiate the bidding for the works immediately after the completion of the necessary environmental steps and of the materialisation of the transfer of the land.

Dolón explained that the Council undertakes to transfer the land necessary to carry out the works, an issue resolved “thanks to the management of the urban planning instruments that the City Council has processed in recent years”, and that they already contemplate the necessary land reserve to be able to offer it for free without having to resort to the expropriation procedure.

In November 2017, the Ministry of Public Works announced in the Official State Gazette (BOE) the tender for the drafting of the construction project “N-332. Duplication of the Torrevieja variant”, in the province of Alicante, for a budget of 0.99 million euro, IVA included. The estimated budget of the works to be projected is 40 million euro.

In 2018, the National Deputy and General Secretary of the PP in Torrevieja, Joaquín Albaladejo, stated at a press conference that “The publication in the BOE of the award, on May 8, 2018, is extraordinary news of the drafting of the layout and construction project of the Torrevieja bypass”, continuing to praise the government, then also PP, for having “kept their word with Torrevieja; It will go down in history that the Valencian Socialist Government did not want to carry out this fundamental project for this City and this Region”.

The situation has become a political football, with the PP council of Torrevieja happy to criticise the predominantly PSOE led national and regional governments, without acknowledging the failures of his own party, or indeed the part he personally has played when Torrevieja town hall failed to deliver reports in a timely manner.