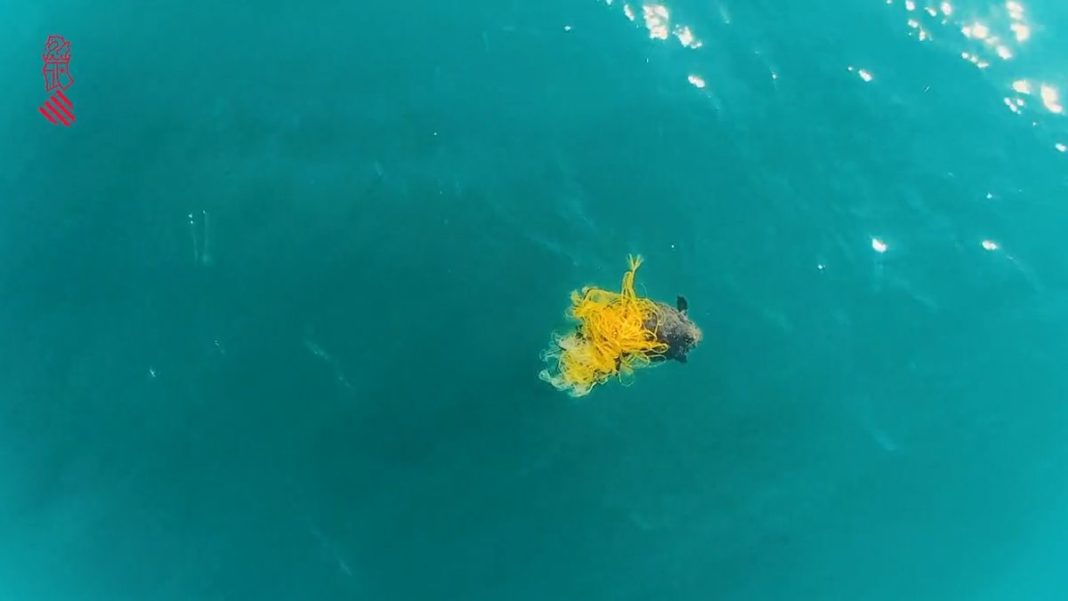 Although they have rightly been making the headlines throughout the summer for saving the lives of humans in difficulty in the sea, a rescue drone has also saved the life of a loggerhead sea turtle on a beach in Guardamar.

The Guardamar rescue team detected a strange package floating 150 metres from the shore and sent the aircraft to investigate. Upon arrival at the location, the operators could see that a sea turtle was trapped in an abandoned fishing net. A warning was sent to the municipal rescue teams, and the animal was quickly rescued.

After being examined by the veterinarians of l’Oceanogràfic, the turtle was transferred to the ‘Arca del Mar’ rehabilitation centre. Although he is doing well, before returning to the sea he will have to recover from the serious damage to his neck and front legs caused by the net.

Drones have proven a very useful tool for the rapid detection and analysis of emergencies at sea. For this reason, this year the Generalitat has expanded the prevention and rescue service with unmanned aircraft, deploying it in 20 Valencian municipalities, twice as many as the previous year.