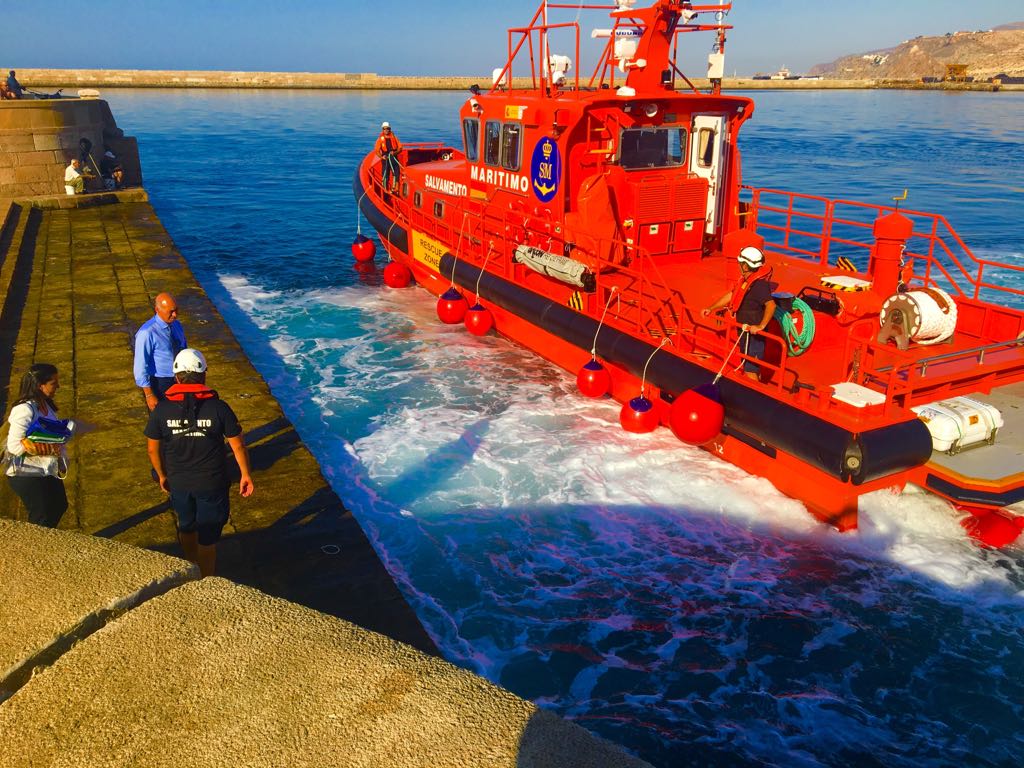 The Guardia Civil added to the search and rescue teams combing the coastline for the remaining victims of a boat that ran into difficulties in the Mediterranean Sea, by drafting in an additional helicopter on Wednesday from their Murcia post.

So far, eight lifeless bodies have been found, the last one on Tuesday afternoon, when a group of tourists traveling in a boat saw the body of this person floating and reported to the Guardia Civil.

You can read that update by clicking here.

Whilst that search continues following the tragedy at the weekend, that event has seemingly not deterred the treacherous journey by desperate people, as some 130 people have been rescued in the last 24 hours in the waters of the Canary Islands and the Alboran Sea, some of whom reached the coast by jet ski.

Salvamento Marítimo rescued a total of 107 people traveling in two irregular boats in waters near Lanzarote and Fuerteventura, respectively, on Tuesday afternoon.

As reported by the Coordinating Centre for Emergencies and Security (Cecoes) 112, the first of them arrived at the Muelle de Arrecife (Lanzarote) with 49 people, where the people are being assessed by the Cruz Roja and the Canary Emergency Service (SUC) that transferred three of them to the hospital with injuries of various kinds.

The second boat came ashore last night with 58 occupants who were assisted in Puerto del Rosario (Fuerteventura), all in apparent good health.

Meanwhile, in the Alboran Sea, 22 people were rescued, including a pregnant woman, who were traveling on several boats. The pregnant woman managed, along with two other men, to arrive by their own means on a jet ski to the island of Alborán, where she was initially attended by the detachment of the Centre for Operations and Surveillance of Maritime Action (Covam) of the Navy.

A spokesperson for the Sociedad de Salvamento y Seguridad Marítima (Sasemar) explained that around 10:00 p.m. on Tuesday, a notice was received from the detachment to report the arrival of the three people on a jet ski to the island, in apparent good health.

The Almería coordinating centre received a notice at 9:15 a.m. from the merchant ship ‘Fairchem Katana’ warning of the presence of a pneumatic boat with eight men of sub-Saharan origin on board who were rescued by the Salvamar Spica before continuing towards the island of Alborán.

After taking charge of the three people who arrived on the island, the Salvamar Spica returned to set course for the fishing port of Almería, and during the journey the ship ‘Gaslog Seattle’ alerted them at 12:20 p.m. of a jet ski with other three people on board, all of them men of North African origin, have also been picked up. The Salvamar Spica has continued its course to the port of Almería, with scheduled arrival at 2:00 p.m.

In parallel, the Salvamar Algenib has also taken charge of the rescue of another eight people, including seven men and one woman, after the ship ‘Eddystone’, alerted at 8:45 a.m. of a small boat located about 25 miles southeast of San José, on the Nijar coast. The rescued were taken to the port of Almería, where they arrived at 11:15 am.