The Guardia Civil has launched an investigation after a number of bodies were located off the coasts of Alicante and Murcia, in Torrevieja, Pilar de la Horadada and La Manga, as officers believe they may have been on board the same boat, making the journey from Algeria, which ran into difficulties before reaching Spain.

The first body was discovered at 3:40 p.m. on Sunday. It was a man who was in the waters of Pilar de la Horadada, followed by reports at 7:45 p.m. of a second body, that of a woman who was apparently pregnant.

At 10:40 p.m., the third body was discovered, that of a child, on the Higuericas beach in Pilar de la Horadada, although initially it was reported that it was on the Mojón beach, in San Pedro del Pinatar. Both beaches are together, hence the initial confusion.

The fourth body has been located at 2 p.m. on Monday, three nautical miles from Torrevieja.

As for the Murcia region, three bodies were found in La Manga, two appeared on Sunday, they are a man and a woman, also found at different times, the man at around 1:30 p.m. by the crew of a pleasure boat, and the woman, at 7:00 p.m. by the driver of a jet ski, and on Monday the body of a four-year-old boy was recovered. 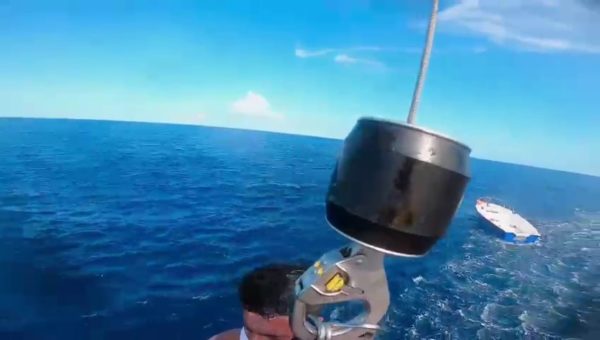 The discovery of the bodies occurred one day after a drifting boat was located 26 miles east of Cabo de la Nao in Jávea, according to sources from Salvamento Marítimo. A sailboat reported the discovery of a small fibre boat six metres long in which there was only one person on board, and it was adrift.

The survivor, a 21-year-old man who claims to be from Morocco, reported that the boat, in which 16 people were traveling, including minors, which supposedly sailed from Algeria at the beginning of August, capsized 7 days ago due to a surge of water, which resulted in people being flung from the boat, and he was the only survivor.

The Guardia Civil is investigating whether the bodies found correspond to the disappearance of the occupants of the boat that capsized as a result of a sea surge. If so, it is not ruled out that more bodies will be found soon. The investigation is also trying to ascertain if the sole survivor was in charge of the boat.

Google Cloud Platform vs VPS – is the cloud the same as a virtual private server?