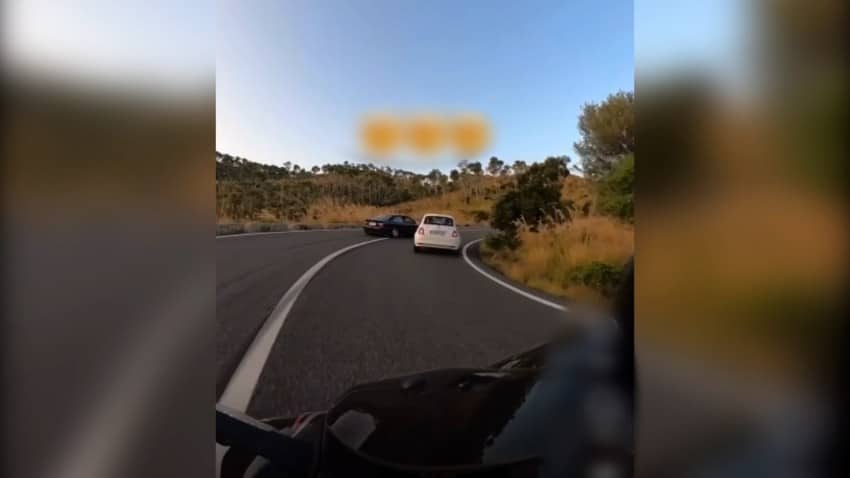 The Guardia Civil has investigated two individuals for crimes against road safety.

The two men recorded the events with their mobile phones and published it on a well-known social network.

The first is a man who was driving a car on the CV-801 road, Ibi – Banyeres de Mariola, in the province of Alicante, along a section where the rally takes place, “Les Revoltes de Ibi”.

This person, wanting to emulate the participants, with a BMW passenger car, model 330 CD, carried out reckless driving consisting of driving at high speed, constantly invading the opposite direction of traffic, in a section of numerous very closed curves and with hardly any visibility to be able to notice the movement of a vehicle in the opposite direction, all at night.

The driver has been sentenced to a 6-month fine and deprivation of his driving licence for 14 months.

The second person was driving along the roads of the Serra de Tramuntana, between the towns of Banyalbufar and Esporles, recklessly overtaking in a continuous longitudinal line and skidding when tracing the curves, invading the opposite direction where other vehicles were circulating, with total disregard for their own life and that of other road users.

The investigations have been carried out by the Traffic Research and Analysis Group of the Alicante Command and the Balearic Islands Command.