The LeaderPutting YOU at the Heart of the Community
Sign in / Join
Subscribe
Home Costa Blanca Elche Elche’s Most Famous Firework Event Takes Place Next Week – Nit de... 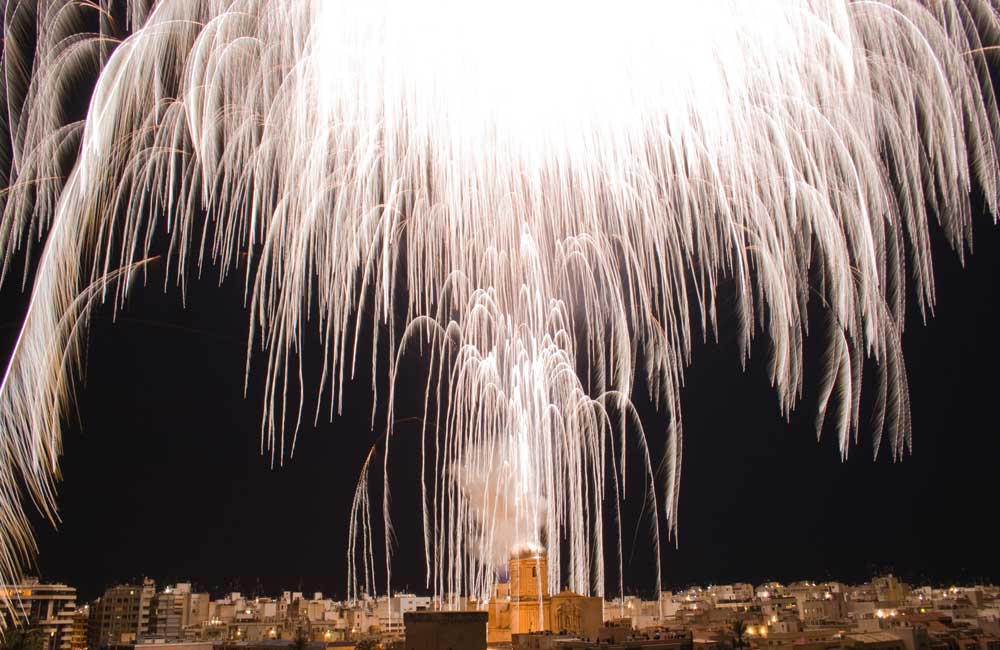 In the evening of Saturday 13 August, one of the most anticipated nights in the Elche festivities calendar takes place, bringing people from around the entire region and beyond together, for the annual celebration of the Nit de l’Albà.

This year, the night sky of Elche will light up with more than 40,000 dozen rockets and 1,800 thunder shells in which the city council has invested 143,094 euro (more than double what was invested in 2019, the last year in which the event was celebrated).

This festival itself has its origin in the Middle Ages, when families offered a rocket for each of their children. This tradition has been modified over the years until reaching the festivity that we know today, when hundreds of firework palm trees are launched in a coordinated manner from different points of the city.

In addition, there are many people from Elche who also help light up the city that night by launching their own fireworks.

The night culminates a few minutes before midnight, when the thunder and lightning of the fireworks suddenly stop, the lights go out, the Gloria Patri sounds, the last song of the Mystery Play of Elx (declared by UNESCO a Masterpiece of the Oral and Intangible Heritage of Humanity) and from the top of the bell tower of the Basilica of Santa Maria, the breath-taking Palm of the Virgin emerges, an offering to the patron saint that illuminates the whole city.