The LeaderPutting YOU at the Heart of the Community
Sign in / Join
Subscribe
Home Crime Santa Pola Remembers Silvia, Killed by ETA Terrorists 20 Years Ago 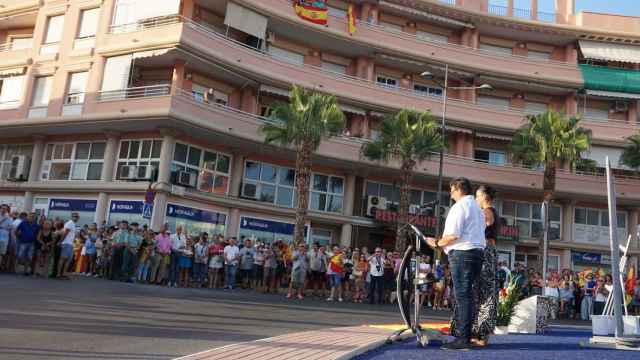 At 8p.m. on Thursday evening, Toñi Santiago was joined by the residents of Santa Pola, to pay tribute to her daughter Silvia, who was killed by an ETA car bomb in the fishing village some 20 years ago.

The act begins punctually with the request of Silvia’s father, José Joaquín Martínez, for a minute of silence, as locals join the family, along with the PP Mayor, Loreto Serrano, and the general secretary of the PSOE of Santa Pola, national deputy and councillor, Yolanda Seva.

Although the leading role is also for the agents of the Guardia Civil barracks who suffered that attack, which left 52 injured. Some of them paraded after the minute of silence to applause with crowns of white roses to the rhythm of the tribute song to the Fallen.

After a musical presentation, Silvia’s mother spoke again and moved those present again, as she has done every year since the attack. “This year, particularly, I lack the strength”, she advanced. “I’m going to try to relax,” she added to the applause of the public.

Toñi spoke in great detail of the tragedy she was about to witness two decades ago, telling how Silvia excitedly spoke of learning to jump in the pool, “Dad, I’m not afraid anymore,” she recalls her words. “At one point, everything turned grey, we heard absolutely nothing, we did not see. When I was able to open my eyes I only saw a hole through the wall and I noticed how the blood ran down my nose. At that moment I heard my girl call me. She told me ‘mom, mom’, but I was not able to find my little girl”.

In the end she found her daughter and began to remove the debris that covered her. “The two of us were left alone and I told the Virgen del Pilar, whom she adored, ‘don’t take her, take me and if she has to go, take us both’. I never understood why she had to go and I didn’t, never,” she said between tears.

In the ambulance, she remembers how the doctor who was treating the child told the driver to speed up, “that she was going to go into cardiorespiratory arrest.” Once in the hospital, “I knew that my daughter was not going to come out alive. And just with her eyes, my husband looked at me and I looked at him and told him that we had kept the most sacred thing that parents can have, that they are your children,” she added. “This is what happened on August 4, 2022 in Santa Pola, in my house.” 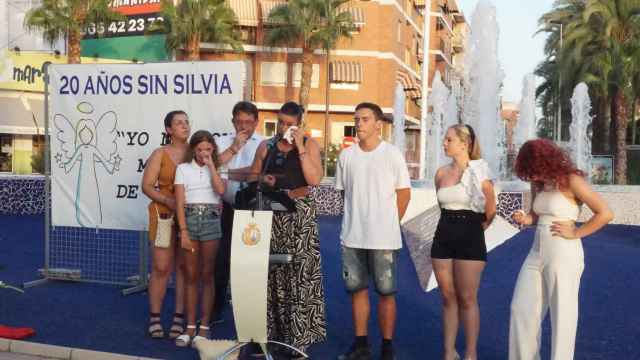