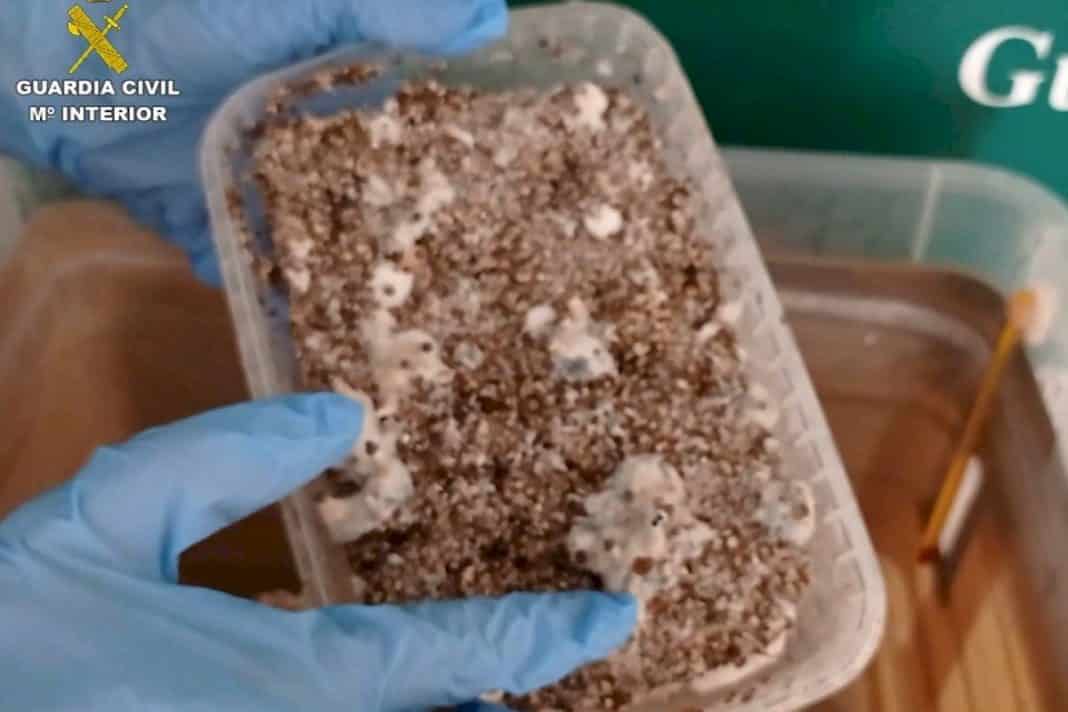 Due to an alleged family conflict, the Guardia Civil has dismantled a drug sales point and the intervention of a cultivation of hallucinogenic mushrooms in a house in Torrevieja. In addition, one of the residents has been arrested as the alleged perpetrator of a crime against public health.

The actions began when the officers received a notice of an alleged family conflict in a house in Torrevieja. A patrol from the Guardia Civil of Torrevieja attended the location, and proceeded to identify its inhabitants, a couple, man and a woman, both of Spanish nationality.

During the identification of the parties, and after obtaining new information, the agents concluded that the identified man was dedicated to selling drugs and that he hid various narcotic substances inside the house.

Once the facts were established, the agents carried out a search of the home, seizing inside: 12 grams of marijuana, 35 grams of hallucinogenic mushrooms, 400 grams of hashish, 18 grams of methamphetamine, 128 grams of a “cut” substance used to adulterate the drug, more than 800 pharmaceutical opiate pills of different brands without carrying the corresponding necessary medical prescription, a marijuana plant that was being prepared for drying, tools for weighing and cutting the substance, 500 euro divided into various banknotes and a compressed air revolver type weapon.

The curious thing about the performance is that the agents found a mini homemade greenhouse that was being used for the illicit cultivation of hallucinogenic mushrooms.

Given such evidence, the agents proceeded to arrest the man for an alleged crime against public health for drug trafficking.

The detainee, who has a police record for similar events, has been placed at the disposal of the Court of Duty and Instruction of Torrevieja, who has ordered his release with precautionary measures.