By Andrew Atkinson, in Cartagena

THE “Plaza Mayor de Cartagena” project continues unabated with the showcase set to be one of the fundamental pieces in the jigsaw renovation of Cartagena waterfront.

The works will ultimately be  beneficial with the Port Authority (APC) aiming to make Cartagena more accessible to the sea, with the epicentre located at the Plaza Mayor – the centre stage of Cartagena.

The project is to initiate the conversion of the seafront into a community space, with the launch of the tender ‘Study of the development of uses and landscape integration on the seafront of Cartagena’.

The project will determine how Cartagena-Plaza Mayor Seafront will serve the community, preserving the cultural and historical authenticity of the port and city.

The ‘Ventana del Puerto’ – Port Window – project was the winner of the Plaza Mayor community ideas competition, centred on the enhancement of the cultural and historical heritage and care for the environment.

Port Window proposes to convert the Port into a public focal point of attraction, creating new museum spaces and improving existing ones, including the Urban Museum of the Navy and Navigation, an exhibition space in the Old Regatta Club, and period moorings in the Boat Dock.

A space for research, conservation and experimentation of marine fauna and flora will also be created, with an aquarium and the integration of the Carlos III wall into the complex.

The seafaring tradition will be maintained in the surroundings of the El Batel Auditorium and the Arqua Museum.

The teacher of the Higher Technical School of Architecture and Building (ETSAE) Enrique de Andrés said: “We hope it will be a project that responds to citizen needs.” 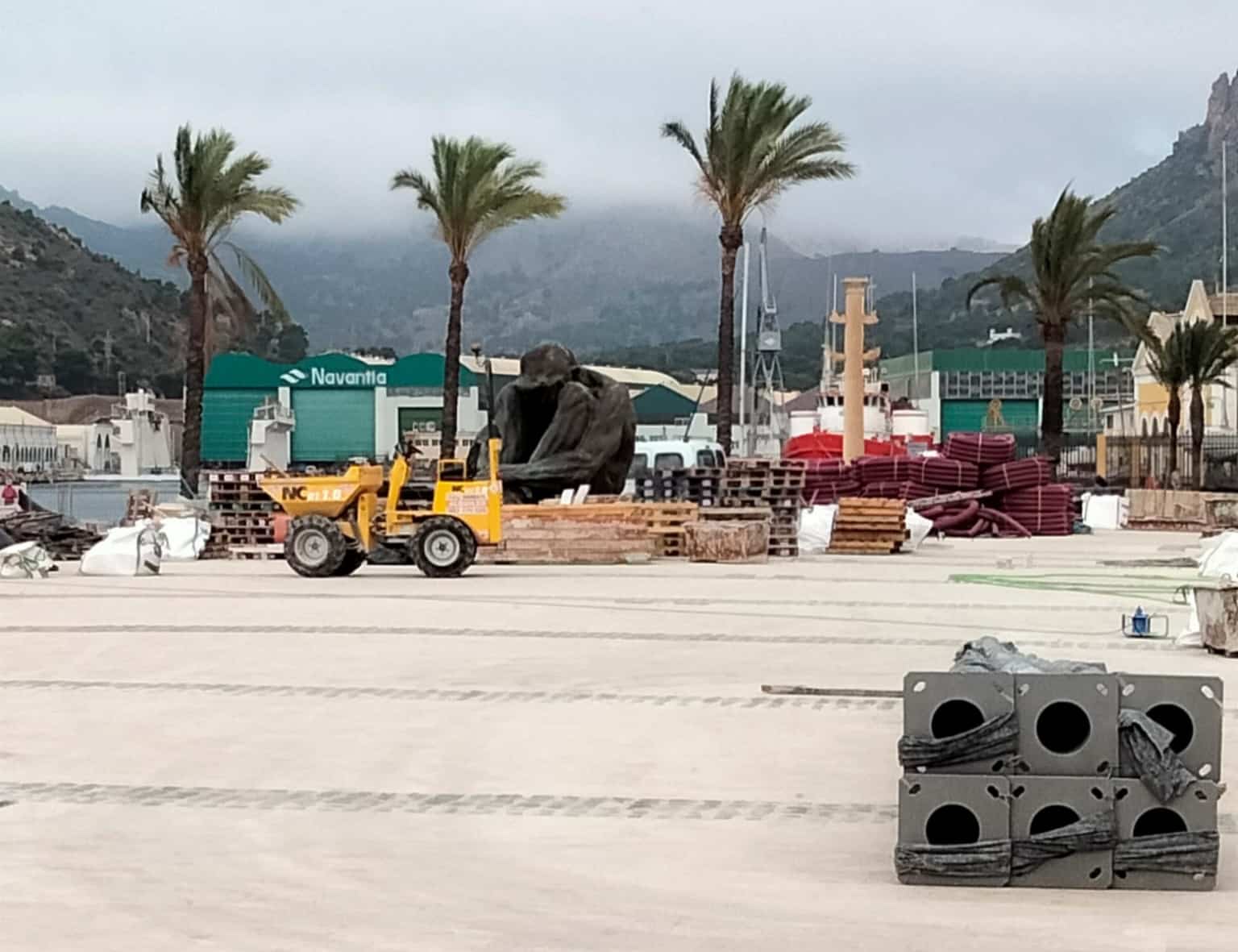 “We want to recover the activity and energy that the esplanade of the Port had, so that it fulfills the function of a meeting place, hence the name of Plaza Mayor for the contest, and recover the space for citizens, not only as a place to transit but where to stay to enjoy the window to the sea that it offers”, said Enrique de Andrés, speaking on the ‘Cartagenas del Mundo’ square.

“We have sought solutions based on the history of the city, tracing an axis from the Peral submarine to the ancient fishing activity of the port of Santa Lucía, passing through the recovery of the 16th century wall in the Plaza Héroes de Cavite,” he added.

“The project responds to the search for a development of uses in the maritime facade, which manages to create a public space that gives rise to new ways of making a city and that adds productive value based on culture, creativity and innovation, always from respect and integration of the existing cultural heritage”, said president of the Cartagena Port Authority (APC), Yolanda Muñoz.

The project is included in the Immediate Action Plan for Economic Reactivation, which allocated €28.8m to ‘Plaza Mayor’.