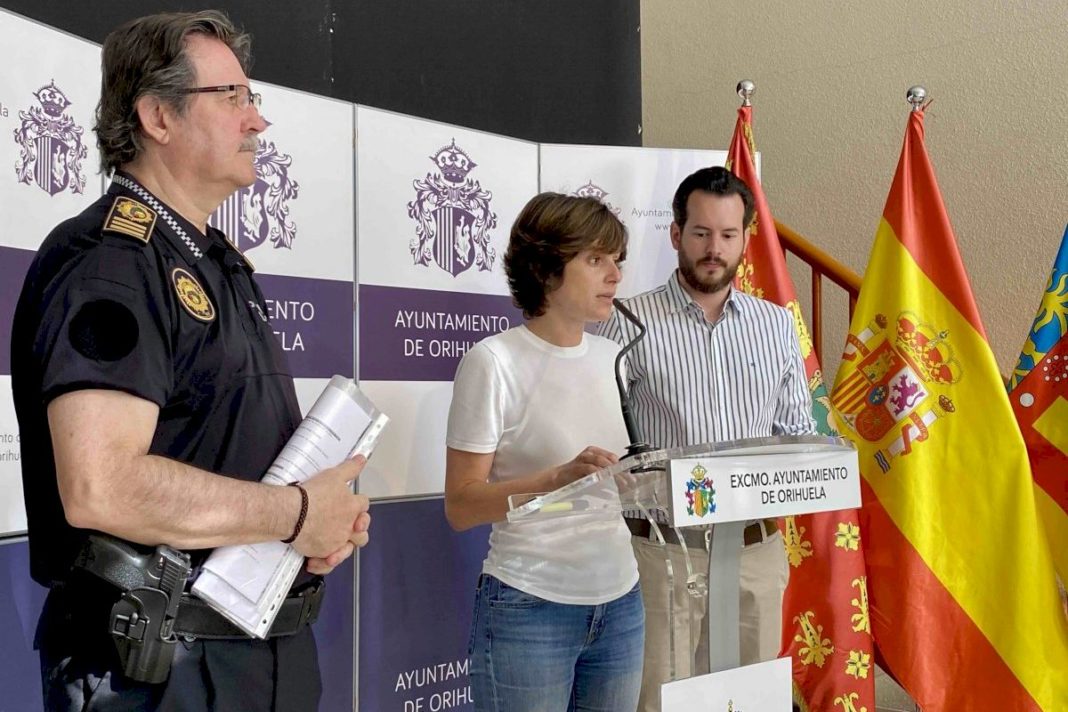 Antonio Sánchez has indicated that “the objective of this appearance is to explain the actions that we are carrying out to improve working conditions and the resources of the Local Police.”

“These regulations were prepared since 2019, agreed with the unions and that have not seen the light because someone did not want to. Well, now with the new government team and the commitment to work, as it has always been, for the Local Police they are going to take full action so that they are operational as soon as possible” said Antonio Sánchez, Councillor for Citizen Security.

“There are currently 7 Local Police processes underway that will incorporate 52 new agents, officers and inspectors. Today, the staff of the Orihuela Local Police is 120 members, and with these processes, and if everything goes according to plan, at the end of the year we can count on 172 members of the Local Police, exceeding the ratio established of 2 police officers for every thousand inhabitants” indicated the Councillor for Human Resources, Luisa Boné.

The Civil Protection job bank is also being developed at this time, a necessary body that collaborates with the Local Police, in order to cover the needs of Civil Protection personnel, especially in the high summer season.

Finally, both Antonio Sánchez and Luisa Boné have valued the work carried out by the Orihuela Local Police, “a body that is very committed to Orihuela society, and that with these processes we achieve a Local Police that allows us to guarantee the safety of the residents of Orihuela, also giving the staff the opportunity to promote, and of course, generate jobs.”