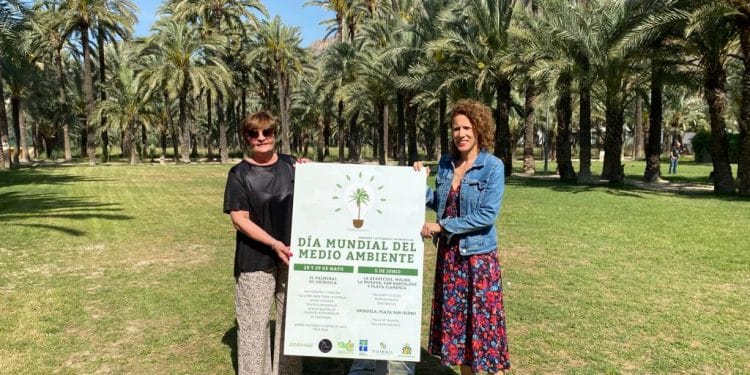 The Councillor for the Environment in Orihuela, Patricia Menargues, has presented the cycle of activities organised on the occasion of International Environment Day.

These event is divided over two weekends, which start on May 28 and 29 in the Palmeral de Orihuela. The planned activities include workshops, routes, inflatables, theatre, as well as a climbing wall and gymkhanas, among other actions.

There will be the collaboration of ADIS (Association of People with Functional Disabilities), who will be responsible for a bar whose proceeds will go entirely to the entity itself.

On the weekend of June 5, International Environment Day, there will also be performances in districts and on the coast, as well as in the San Isidro Murals, with workshops so that the little ones can become aware of the environment.

Menargues has pointed out: “From the Environment Department of Orihuela Council we promote and support this type of activity so that the little ones, and also the older ones, become aware of and protect the environment that we so much need”.

For her part, the person in charge of ADIS, Lourdes Pérez, thanked the Department of the Environment, “that this year they have thought of this association to “carry the solidarity bar” and that the benefit be for it. “We hope to be up to the task,” she declared.