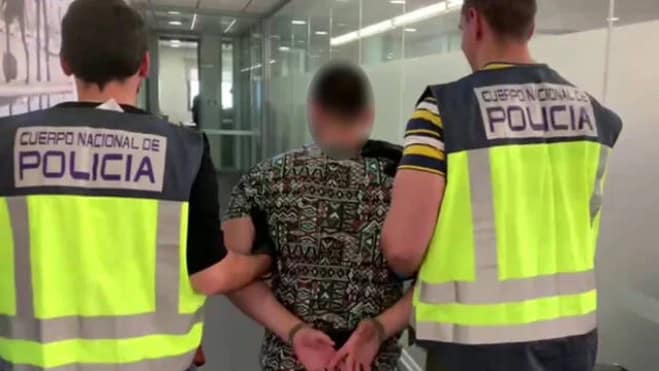 Officers from the National Police have dismantled a complex criminal network designed, allegedly, by a lawyer, dedicated to obtaining residence permits for a family member of a community member through the celebration of marriages of convenience between Spanish citizens and non-EU foreigners, arranged mainly in the Juzgado de Paz in Santa Pola, for which the contracting parties paid up to 10,000 euro and which has culminated in the arrest of 129 people, 72 allegedly illegal marriages, which gave rise to 51 community family residence permits.

The operation began in 2019 and has concluded by uncovering an ingenious criminal network that had allegedly been operating since 2017 in the provinces of Alicante and Murcia.

The epicentre of the network was in the city of Elche, from where the investigators learned that a lawyer was operating who, through her agency, had designed a complex criminal network in which different people with different functions participated and, perfectly coordinated, aimed at achieving a single goal; achieve, through the celebration of marriages of convenience, between Spanish citizens and non-EU foreigners, obtaining residence permits for community relatives for these foreigners in an irregular situation, mainly from Morocco and Algeria, in exchange for large amounts of money.

The main suspect and “brains” of the plot had the collaboration of people who played different roles within the organisation. Some were recruiting spouses seeking on the one hand, those interested in regularising their illegal situation in the country willing to pay the large sum of money that could reach up to ten thousand euro and, on the other hand, a couple of Spanish origin chosen for each of these people.

Whenever both spouses were available, a plan was orchestrated, through the next step, for each agreed couple consisting of making credible the sentimental relationship between them and their relationship with the town where the illicit marriage was going to take place.

Of the 129 detainees, 66 men and 63 women, of predominantly Spanish, Moroccan and Algerian nationalities, as well as others such as; Iranian, Argentine and Bangladeshi, aged between 23 and 71 years of age, the Investigating Court on whom the preliminary open proceedings on the facts depend, was duly informed, under the accusation of crimes such as; crimes against the rights of foreign citizens, false documents, false testimony and belonging to a criminal group.