Division one leaders Bar Next Door remain top on 18 points, despite suffering a 6-3 away defeat against Unity Bar in week 11 of the 2021-22 season.

In division two Santana B defeated Britannia B 6-3,

Mi Sol returned a 5-4 win at home against Marie’s Rendezvous.

In division three Mickeys Bar defeated Oasis away 5-4 to top the table on 16 points, with second placed Laguna, also on 16 points, returning an 8-1 away win at third placed Thirsty Boot.

The Courtyard B 6 defeated The George 6-3, with Reflections gaining a 6-3 home win against visitors Irish Abbey. 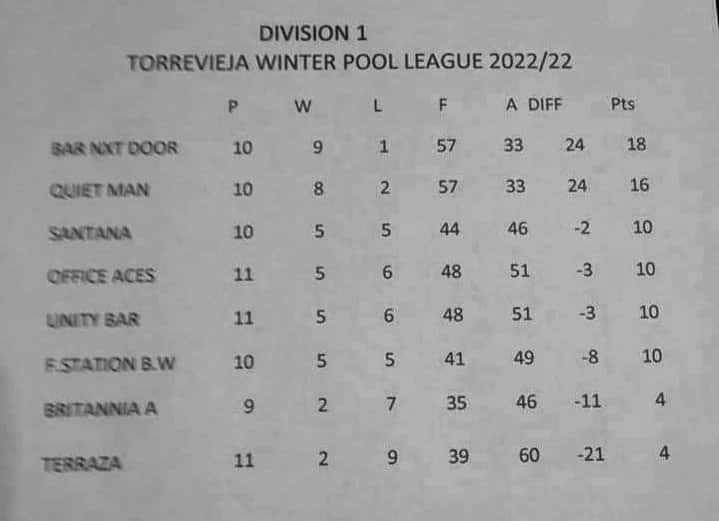