Welshman Gerwen Price started slowly in the  defence of his world title in this years opener at Ally Pally, eventually finding his rhythm to progress to the next round. lt was however two youngsters 25 year old Scot, William Borland and Englands Bradley Brooks, 21, who were talk of the town after their 1st round clash. 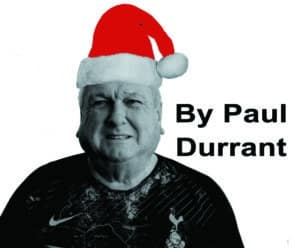 Dannys enjoyed their 6th league victory of the season this week at the expense of the Bears. Two early triples wins from Steve Collins D7 and Paul Hudson D2, gave Dannys a healthy advantage, Yvonne Roufignac replying with a 133 and a 3rd triple D4. By taking the first 2 pairs, through Mike Fellows D18 and Barry Shingler D4, Bears found themselves ahead for the 1st and only time. Dannys Ken Gaskin D4, gained the 3rd pair to level at the break.

Alan Walker added a 140 to an earlier 3 figure score, taking the 1st single, Bob Smith made it 5-3 with 95,140,D16, Dave Spencer ensuring a point for the hosts on D5. Shingler halted the slide with a very nice 65 out, but to no avail as Steve Lumb got the all important 7th on D4 for the match. Ron Chadwick continued his evenings fine form, winning the 12th with a 65 out. MOTM – Smith – Roufignac.

Very few scores of note from the Totties, but two winning doubles from Sharon Williams and Nikki Dean overcoming Eugene Lane in her singles on D8, meriting the MOTM award. Highlight of the match from the Lads point of view, their 1st pair featuring Thomas Harrison and Dario Sierra, the latter helping himself to 140,180, D1 and taking the 7th leg for both points. Creditable performances from Dale McGuiness, 2×100 and a couple of outs, Andre Wing 140, D10 and a 56 out, Sierra nominated MOTM for the Lads, Dean for Totties.

The hosts certainly got off to a flyer by taking the triples 2-1, with 140’s from John McKay,Matt Smith, Suso and Jesus Madrid, the latter including D4, Dougie Adkins D20. Hyenas response, John Eyre 140,100, Alex Nikolov a 60 out. Surprisingly, Hyenas managed all 3 pairs, Eyre 100,D6, Durrant D12, Nikolov D4, Eric Manders throwing a 140. Plenty of tons from Smith, McKay and Jesus wasted. 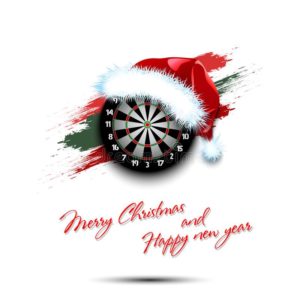 lt was a bridge too far for Horrors at 4-2 down as the Taverners made sure of the match gaining a further four singles, for an 8-4 result. Ernie Willis 100,D16, Sharon Frain 100 and 56 out, Michelle Halliday D16, Bryan Livesy D4, taking Freakies to half time, Graham Solomans D20 and Mike Tierney replying for Rock, Tony Spiers helping out with 81,81,116.

Some good individual performances this week from both ladies teams, Queen Debbie (MOTM) had the Wright formula78, 79, 82 with D17 out also narrowly succumbing to Wenday Hayward’s D19 in her singles.  Elizabeth Cowan (100) gained the accolade for the home team with some solid scoring in her 4 appearances. Tiara Sharon Crane, their new signing for this season, is gaining in confidence and letting her darts experience shine through finishing both the legs she played in D16 and D20.

Pint-sized Vi Turner (86) and Ronnie Bowden (104) brought their highnesses to within spitting distance of a check-out in the pairs but Denise green (112, 84), sporting little more than some snazzy tights beneath a large belt and Lisa (Des O’Connor tan) Ivill’s D10 put an end to that.  A healthy lead of 5 – 1 to the Tiaras at half time put them in fine spirits to snatch the match.  Simone de Lacy accomplished a 3/3 finishing performance despite woeful scoring and Pat Schofield (D3) brought the final Tiara Tally to 9 legs.

Lorraine Cox (102) borrowed Debbie’s boots to gain height but no advantage in the singles but Queen Marie Dunne had a rapid-fire 19-D8 in hers with young Jade Hockton (D12) grabbing the 3rd and final leg for the Queens.

From myself, Simone and the committee a Happy, Healthy and Peaceful Christmas.

This weeks subject is none other than the Leaders proprietor and editor. Having retired to Spain some 20 years ago from the tailoring business, he recalls many stories, the only printable one, measuring the inside legs of dancer Lionel Blair and comedian Arthur Askey (fancy admitting to that). Fed up with a 12 golf handicap and suffering from boredom, he and son Neil, started the newspaper in 2004.

Married to Liz for 50 years they have 3 sons, Neil, born in Leeds, Stewart, in Germany and Denis in Brunei, the reason, Kevin was in the military, eventually reaching the rank of Major. His responsibilities included training infantry units in the Kenyan bush, survival skills and tracking, which included Rangers from the many of the big game parks. 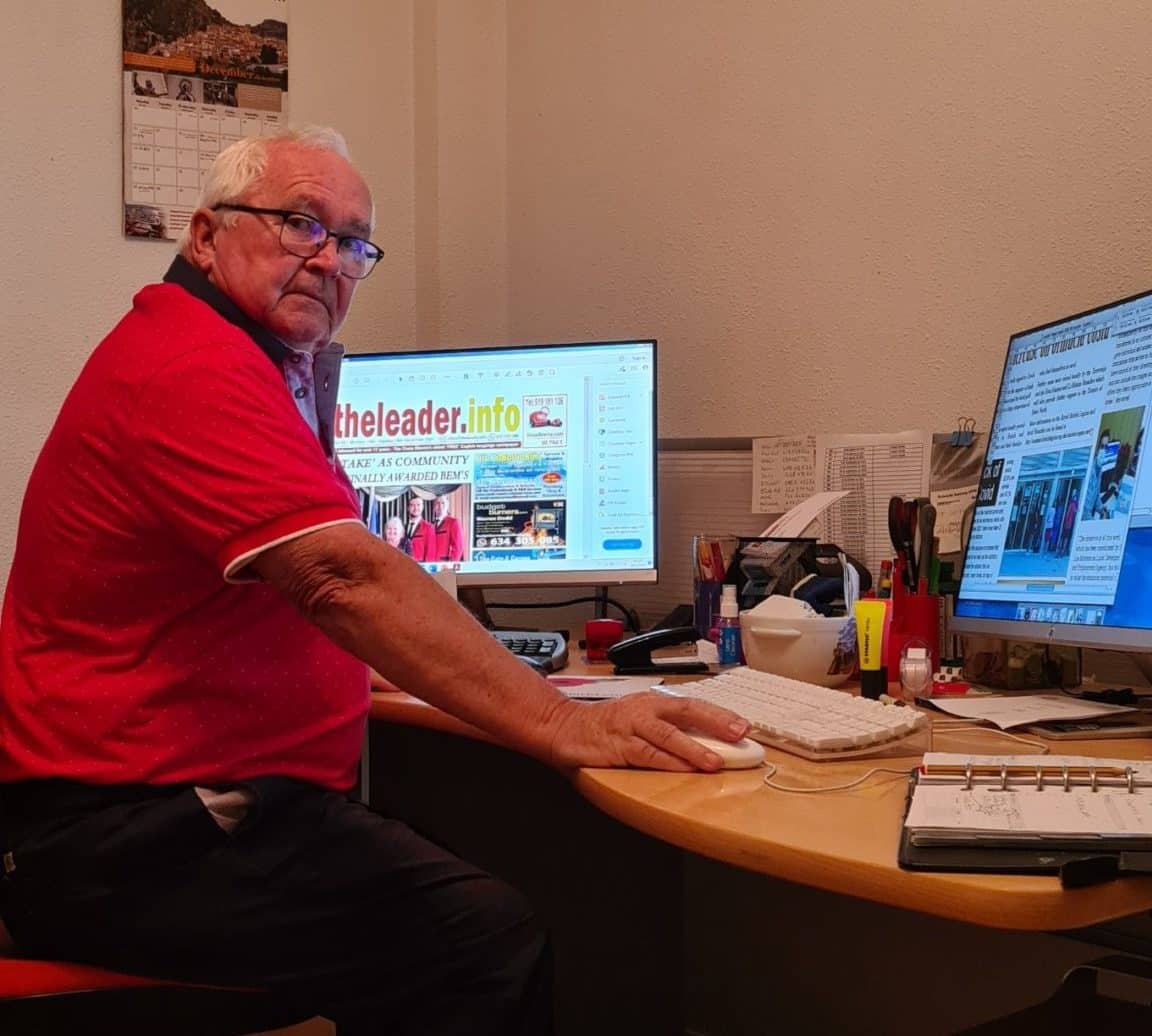 Having achieved league status as a football referee, a Military versus Civilians ‘kick about’ in Nairobi, in full referees kit resulted in a phone call inviting him to control a National league match, with a view to further appointments.

lt was the equivalent of the English charity Shield and to his horror faced an 80,000 crowd in the National Nairobi Stadium. He fortunately passed the assessment and refereed many more matches during his 3 years in Kenya, with crowds of between 10 and 60,000, for the princely sum of 50p a game.

Not forgetting his military past Kevin was instrumental in setting up the Orihuela branch of the Royal British Legion 12 years ago, so far raising close to half a million euros. On a personal note, Kevin says you can’t beat an English breakfast, but any Oriental dish for dinner.

Although revealing Kenya as a favourite country, the Ryder Cup in USA would be his preferred sporting event. Before returning home his 3 dinner guests would be 1974 World Cup ref, Jack Taylor, singer Helen Shapiro and Born Free conservationist George Adamson. Oh and by the way he watches tv darts.