It seems that everyone was in agreement following the move of the veterans Club to the Captain’s Table Restaurant in Punta Prima, if for nothing else than the quality breakfast they were able to enjoy following their gentle exercise routine, now a regular precursor to the monthly sessions with Nicola Jennie Wren. 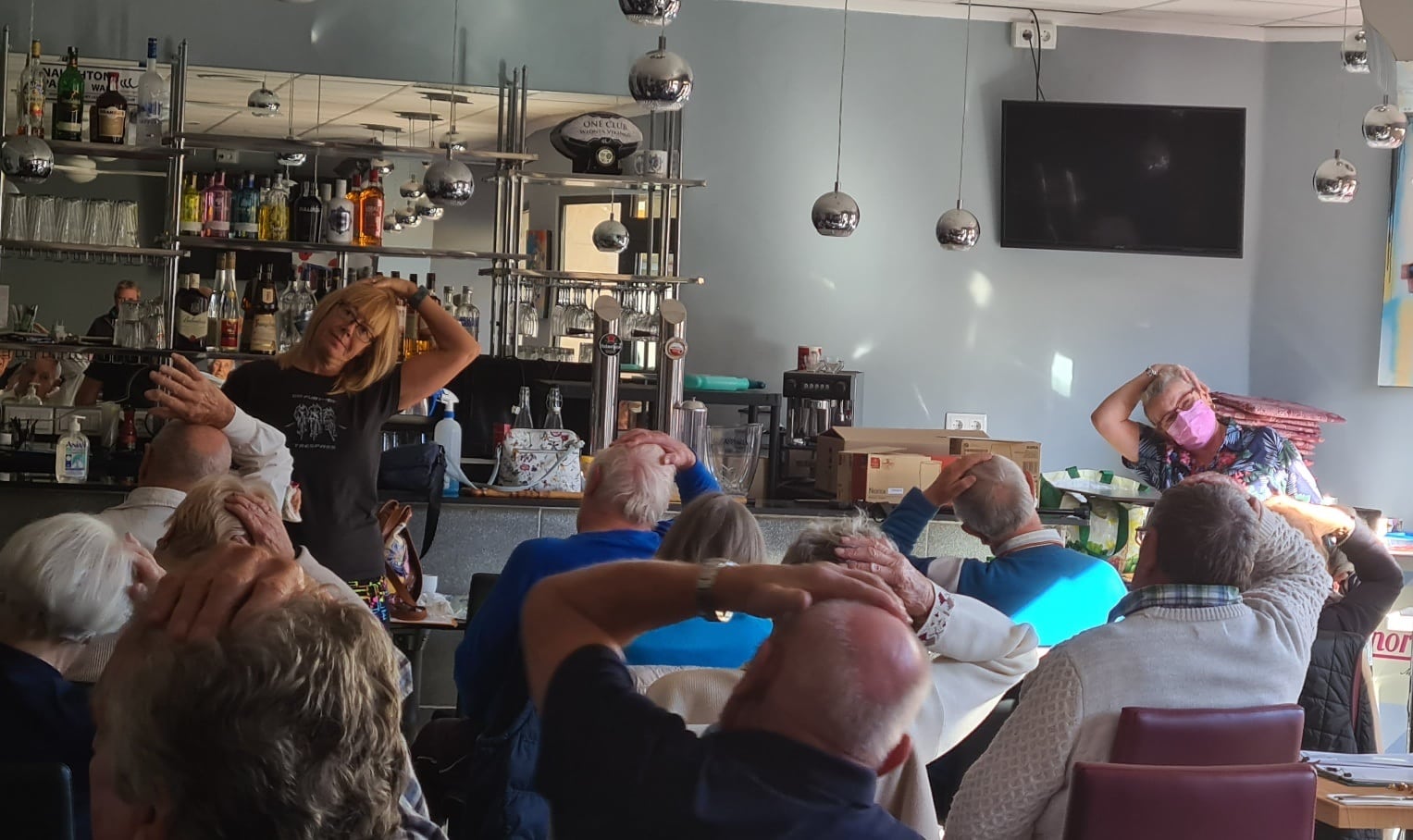 With 35 veterans in attendance it proved to be yet another worthwhile gathering, made even more so by the interesting presentation delivered by RBL Spain Committee Member Sue Shaw, who had travelled down from Elche for the event.

Sue spoke on the introduction of medical aid within the military following serious failures during the Crimean War, and it’s development leading to the formation of the RAMC in 1898. 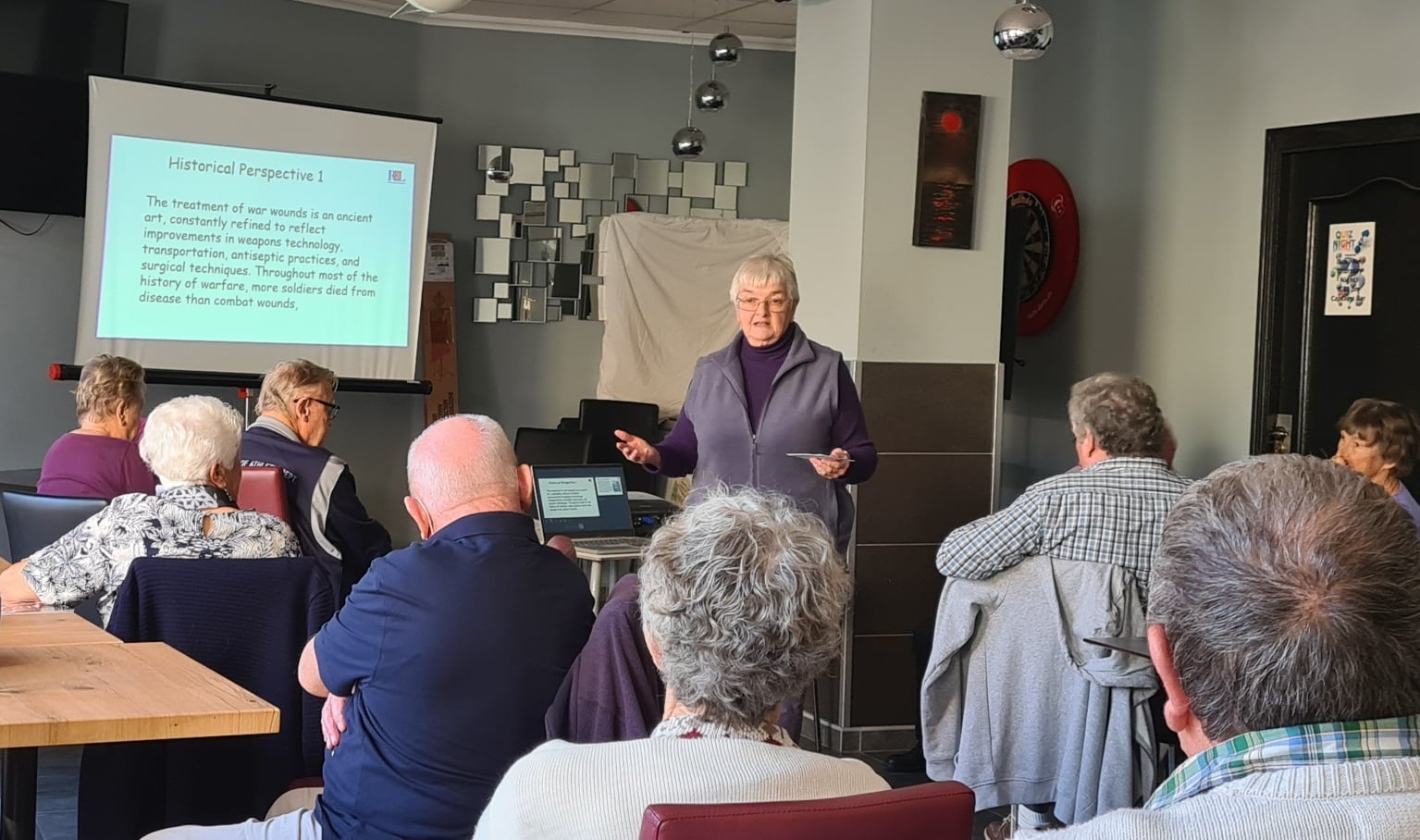 She then expanded her address to take in the formation of the RBL in 1921 and the legacy subsequently left by it’s founder, Earl Haig, in ensuring that all members of the Armed Forces can now live dignified and fulfilled lives through it’s ongoing welfare and campaigning work.

The group even had Captain’s Table owner David popping in to ensure that group satisfaction was achieved.  He need have had no doubts, as the excellent staff catered for every whim and wish. 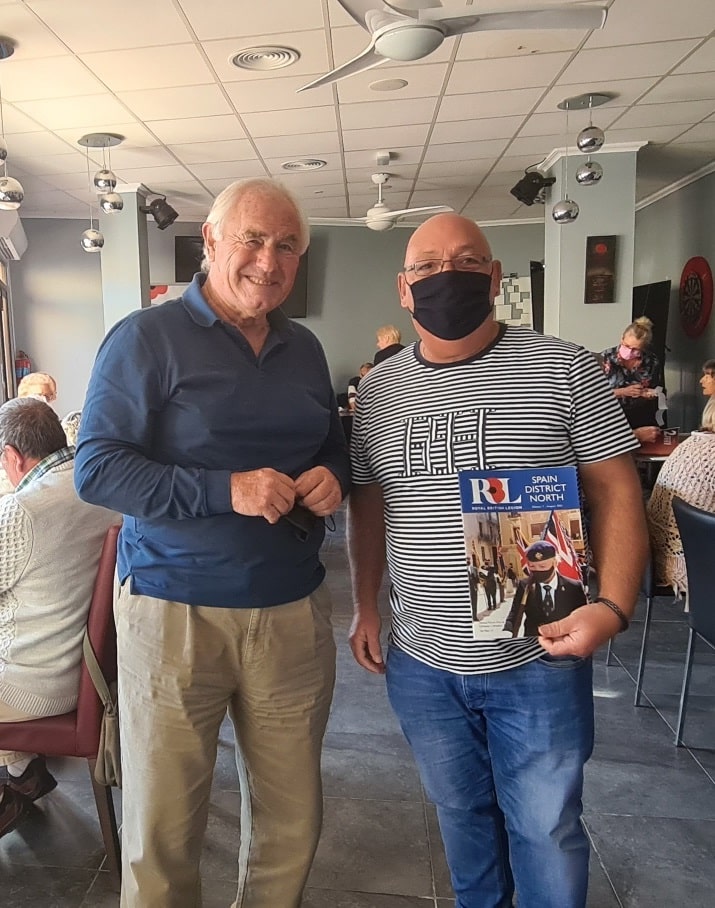 The Club will now take a break over Christmas but it will be back at The Captain’s Table on Tuesday 25 January with another interesting morning in it’s efforts to keep local veterans connected, educated, healed and inspired.