CD COX suffered a 2-1 home defeat against CF Rafal in the Valencia 1st Regional Group 9 on Sunday, with the visitors moving up to fifth in the table.

Second place CD Cox’s defeat saw them miss an opportunity to reduce the gap on leaders Atletico de Catral CF who were held to a goalless draw at CD Montesinos, who go eighth.

Racing San Miguel took a well deserved point away at third place CF Sporting de San Fulgencio in a 1-1 draw, with Racing moving up to eleventh.

SC Torrevieja CF A moved into fourth place following a 5-1 home win against Pinoso CF A, who drop to tenth.

Sporting Dolores and CF Atletico Algorfa shared the points in a 2-2 draw. CD Benijofar returned a 1-0 away win at CF Sporting Albatera. Orihuela CF B drew 1-1 at home against CF Popular Orihuela. 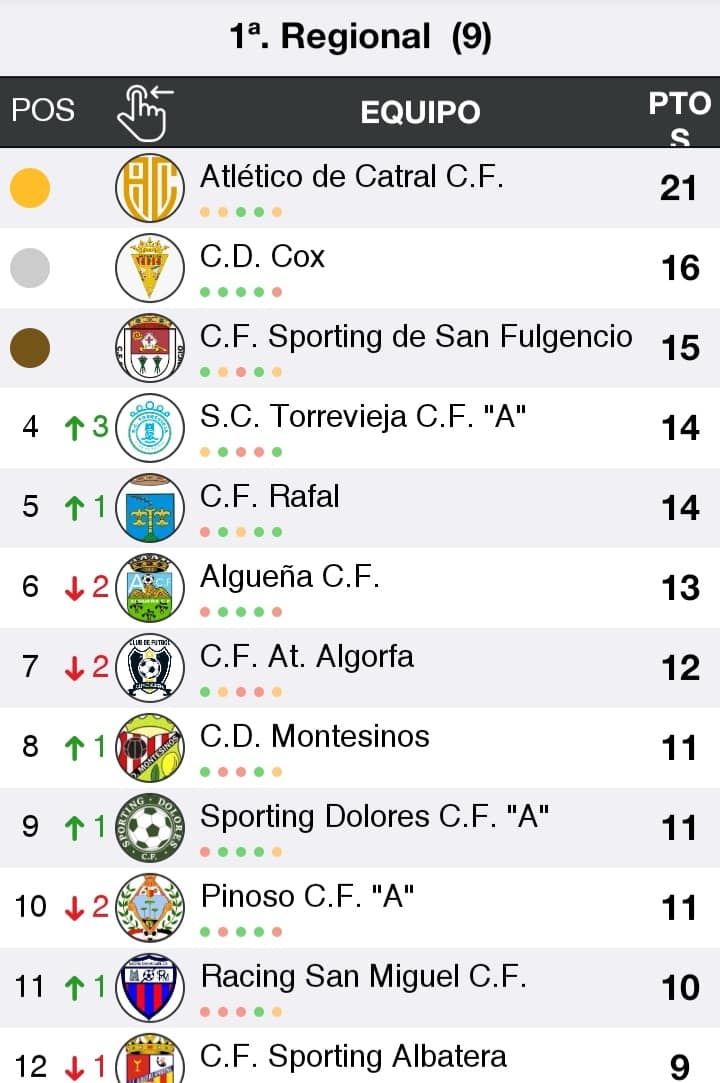