Norwegian airline Widerøe announced earlier this year a scheduled flight to Alicante-Elche airport to join the network, with the route operated once weekly using the airline’s Embraer E190-E2 jet.

Representatives were at Alicante-Elche airport in November for a ceremony of the services, which will depart on Saturdays from Bergen, flying as WF222 and with a departure time of 08:35.

“Many Norwegians have holiday homes in the region, and many enjoy overwintering in the mild Spanish climate,” said Steiro.

Norwegian airline Widerøe announced the addition of two new international destinations, one being to Alicante-Elche airport.

The airline flying to Alicante with its Embraer E2 jet, and to Faroe with its Dash 8 Q400. 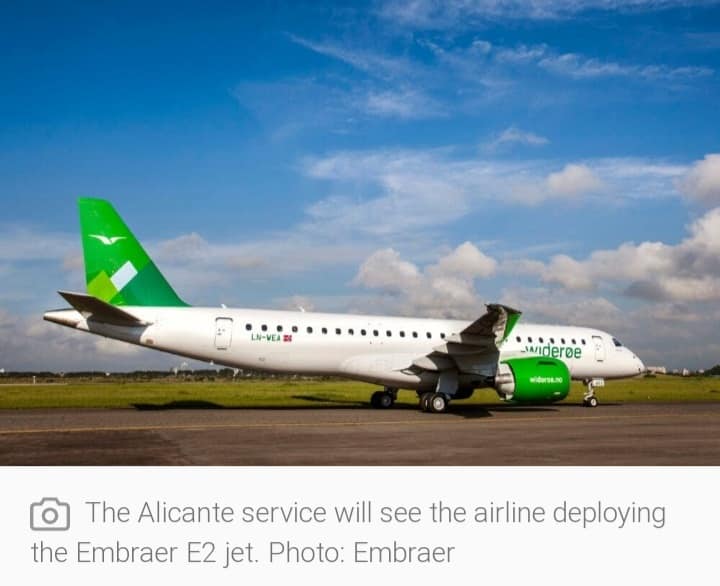 The airline continues to build its presence at Bergen, which is becoming a significant connecting hub in Norway.

Norwegian regional airline Widerøe began looking to the future with the announcement of the new international routes.

The airline, which became Europe’s busiest for a brief period in 2020, is capitalising on its position at Flesland Airport in Bergen.

Widerøe Director of Regional network Steiro added: “The pandemic saw Widerøe realigning its position in Norway, and creating something of a mini-hub in Bergen.

“From its strategic position in the southwest of Norway, Widerøe is able to connect passengers not just within Norway itself, but also from international destinations, to virtually anywhere in the country. 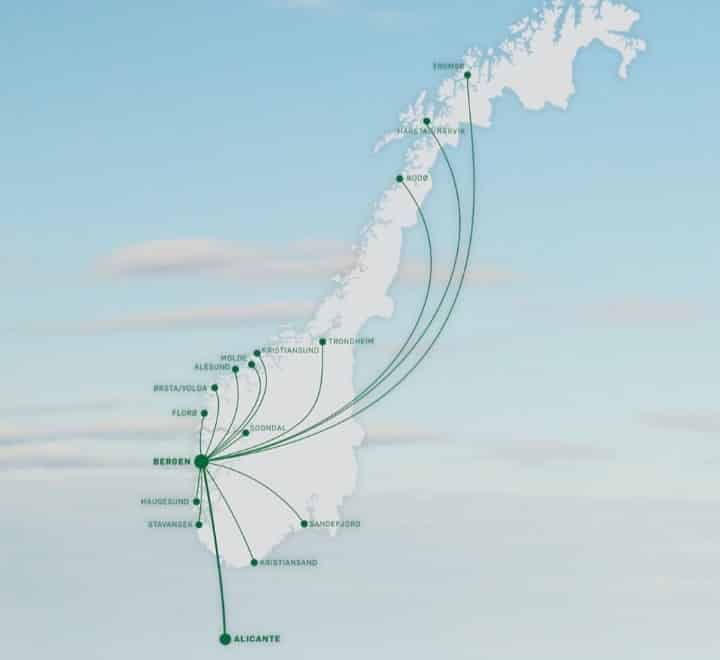 “It’s a high frequency hub. We have six connecting banks per day operating out of Bergen. “During the pandemic, it was mainly a domestic focus, but post-pandemic, it’s natural to turn our attention to the international market also.”

A fleet, according to data from ch-aviation.com, presently consists of 44 planes.

40 aircraft are examples of the Dash 8 turboprop, which Widerøe flies several different variants.

Adding to Widerøe’s services – turboprop-operated regional hops – it has diversified its fleet, flying three examples of the Embraer E190-E2 jet, including the Alicante destination.

Widerøe received the regional jets in 2018, each seating 110 passengers in a four-abreast, all-economy configuration.

Flying to international destinations including Alicante and London, the E2s are used on Widerøe’s domestic hops, including Tromsø in the far north of the country.